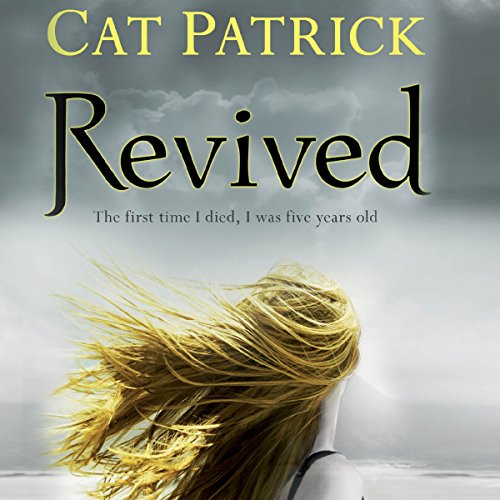 'The world fades to nothing, and before I have the chance to think another thought... I'm dead. My name is Daisy West and my whole life is a lie. I'm part of a programme to test a drug called Revive - a drug that brings people back from the dead. I have died five times. I've been Revived five times. With each revival comes a new name, a new town...a new life. But this time, I won't let myself die. This time, I've found a love that I can't let go of. This time, I'm going to make my life my own.'

What listeners say about Revived

Would you try another book written by Cat Patrick or narrated by Katherine Fenton?

I would definitely reread many of Cat Patrick's books, but not if they were written by Katherine Fenton

Has Revived put you off other books in this genre?

It was whiny, pathetic and awkwardly paced. I could tell she was trying to be an "average teenager" with her attitude but it was abysmal. It just completely put me off the story.
The attitude she was portraying was very snappy and rude, where that isn't how I would have interpreted the character

If you could play editor, what scene or scenes would you have cut from Revived?

Please re-record with a different narrator