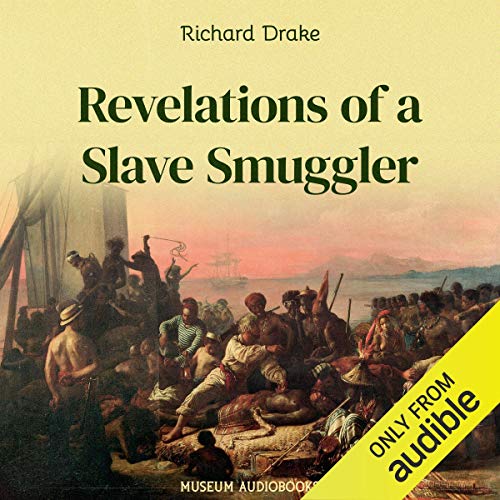 Revelations of a Slave Smuggler

In 1802, Richard Drake (1790-1857) at the age of 12, joined his uncle on a slaving voyage between Benin and Brazil. It was the beginning of his 50 years’ career as a slave trader. Revelations of a Slave Smuggler, published posthumously in 1860, tells his stories including those of journeys to the interior of Africa, slave hunts, gold prospecting in West Africa, his capture by an African tribe, lion hunting, marriage to an African woman, visits with African rulers, slave markets, and the West Indies trade. Drake’s harrowing accounts of the treatment of slaves on the ships were used by abolitionists in the struggle to end slavery.

What listeners say about Revelations of a Slave Smuggler

At one point the narrator literally belches, excuses himself, and continues. Lots of broken sentences with arbitrary pauses. The narrator and editor have grossly underserved this historical work.