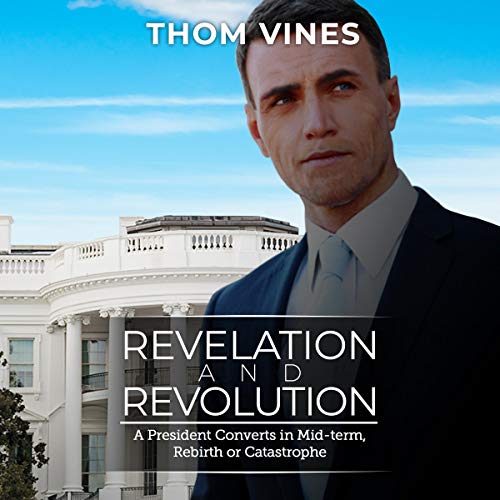 A Republican agnostic president converts to Christianity in mid-term. He starts reading the Bible to learn from it instead of reading to discredit it. His policies gyrate dramatically. Indeed, much of the time he ends up sounding more like a Democrat. He has the best of intentions, but events quickly spiral out of control: election tumult, social controversy, debt, financial malfeasance, foreign wars, international terrorism, civil war among Mexican drug cartels, and plots of assassination. Israel, Iran, Mexico, and other nations are sucked into the intrigue and mounting catastrophe.

By the end of the book, one sees the inherent dangers of a theocracy and how each side uses and even abuses Biblical verses for their own political advantage.

What listeners say about Revelation and Revolution