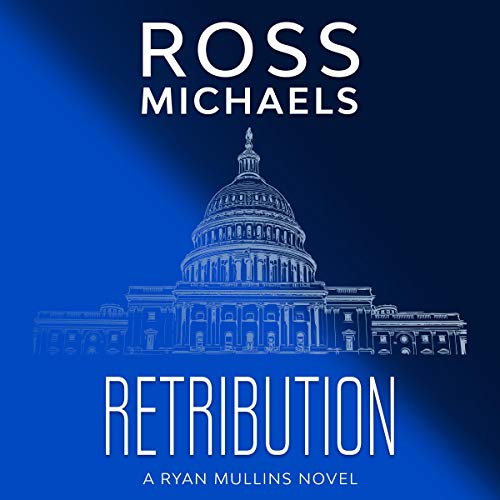 Ryan Mullins is used to dealing with terrorists.

Working for the private military company Excera International, he’s spent his career moving through the ranks and completing missions for intelligence agencies across the globe. And when he uncovers a deadly terrorist plot to devastate America and Europe, he knows time is of the essence.

As the world’s terrorist organizations grow stronger, a threat looms that could shape the face of politics forever. Thrust into a dangerous world of deceit and bold assassinations, Ryan finds himself struggling to unravel a web of lies in the heart of the middle east.

With nobody to trust and enemies around every corner, all of Ryan’s skills will be put to the test. Will he be able to unmask the truth in time? Or will the Caliphate rise again?

What listeners say about Retribution: A Ryan Mullins Novel

I love this book.
Can't wait for more.
I will be leaving a review on Goodreads & Amazon.
And letting everyone know about it.
So I give it a 5 Star!

This is not a story for the faint of heart. It is gritty and indepth steeped in intrigue. There is also a decent amount of profanity. Despite all that, it is well written and almost chillingly possible as a realistic political fiction. I would not listen again as this is not my favorite genre but it is stellar for what it is and if you like a dark political intrigue and espionage action story this is probably right up your alley.

the story is fast moving and contemporary pertinent. the characters are s bit stiff but believable. the narration is weak but not to the detriment of the story.

The action was fairly thick and fast, however I found most of the character development shallow and a little flat. Certain elements came across as unrealistic. Unfortunately I think a big part of this came down to the narration, which was overdone in parts where, for instance, an order was played in a restaurant, or in a "thoughts" dialogue, but then scenes which were high impact action, or emotional, were read through without any real feeling. I think I would have enjoyed the book more if I had read it rather than listened to it.
I am required to state that I received this audiobook for free, and that I have left my review entirely voluntarily.