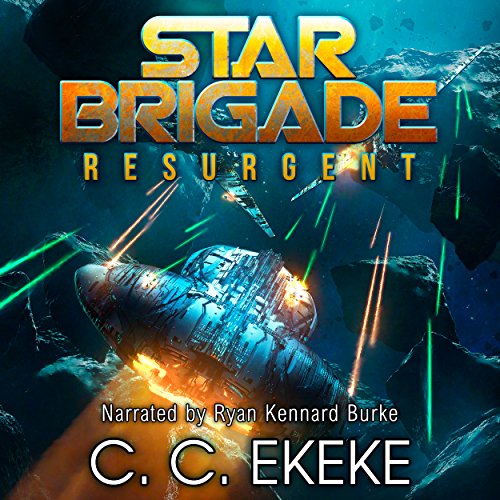 An enemy unleashed. A combat unit in jeopardy. Can a disgraced soldier be humanity's savior?

A string of terrorist attacks explode across Galactic Union Space. The culprit: the Korvenite Liberation Front. Their target: humankind. If left unchecked, the Korvenites' vendetta will bring the Union - and humanity - to their knees.

The elite Star Brigade unit once produced some of the Union's finest soldiers. And amongst Star Brigade's roster, Captain Habraum Nwosu was the best. Was - until one catastrophic battle annihilated both his team and Star Brigade's reputation.

Now Nwosu has fled his post, disgraced and broken.

Against a foe as merciless as the Korvenites, Star Brigade needs to be at its best. But with a dwindling roster and Habraum Nwosu's absence, the Brigade's best might not be enough. And this time, failure is not an option.

Well done book, enjoyed it. Interesting take on supers in space. Look forward to the next one.

"This book was provided at no cost for an unbiased review."

I dislike a book that ends in the middle. A series is cool but I believe they should be a collection of stories. Not even a cliffhanger.