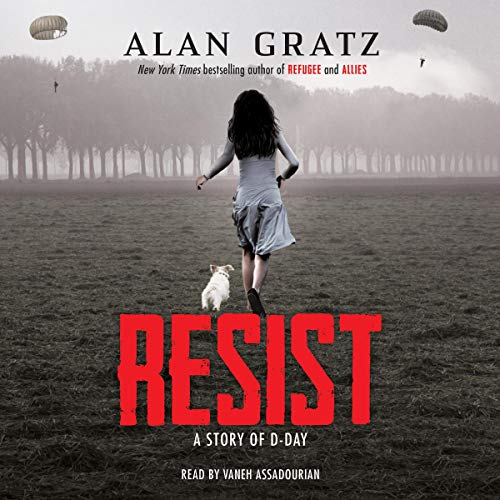 In Allies, Alan Gratz's thrilling novel of D-Day, we met Samira, a young girl who is part of the underground French resistance during World War II. Samira cracks codes and trades secrets in order to sabotage the Nazis' plans.

In Resist, we delve deeper into Samira's story. Here, we follow Samira as she journeys through the Nazi-occupied French countryside, on a daring rescue mission to find her captured mother. Accompanied only by a loyal dog named Cyrano, Samira must rely on her courage and wits to avoid and outsmart the German forces. But it's D-Day, and with the Allied forces landing in Europe, fierce battles are raging all around. Can Samira reach her mother and save her in time?

This action-packed World War II short story can be heard before or after Allies - or entirely on its own!

What listeners say about Resist