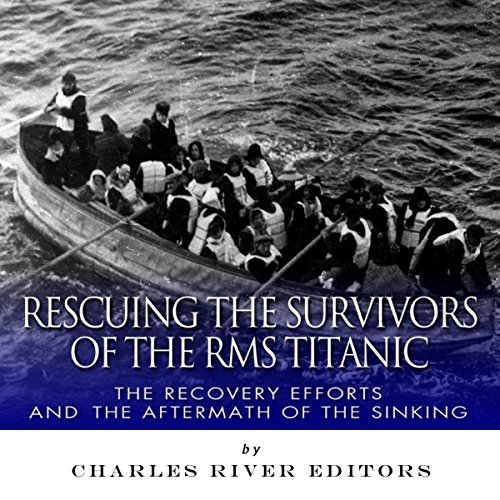 Rescuing the Survivors of the RMS Titanic

"We sighted the lights of the big steamer, the Carpathia. All the women got into a terrible commotion and jumped around. They were hallooing and the sailors were trying to keep them sitting down, and they would not do it. They were standing up all the time." (Daniel Buckley, a survivor of the Titanic)

Just before midnight on April 14, 1912, the RMS Titanic, the largest ship in the world, hit an iceberg, setting in motion a chain of events that would ultimately make it history's most famous, and notorious, ship. In the over 100 years since it sank on its maiden voyage, the Titanic has been the subject of endless fascination, as evidenced by the efforts to find its final resting spot; the museums full of its objects; and the countless books, documentaries, and movies made about the doomed ocean liner. Thanks to the dramatization of the Titanic's sinking and the undying interest in the story, millions of people are familiar with various aspects of the ship's demise, and the nearly 1,500 people who died in the North Atlantic in the early morning hours of April 15, 1912. The sinking of the ship is still nearly as controversial now as it was over 100 years ago, and the drama is just as compelling.

The Titanic was neither the first nor last big ship to sink, so it's clear that much of its appeal stems from the nature of ship itself. Indeed, the Titanic stands out not just for its end but for its beginning, specifically the fact that it was the most luxurious passenger ship ever built at the time. In addition to the time it took to come up with the design, the giant ship took a full three years to build, and no effort or cost was spared to outfit the Titanic in the most lavish ways.

What listeners say about Rescuing the Survivors of the RMS Titanic

Much has been written about the events leading up to Titanic’s collision with an iceberg and the immediate aftermath in surrounding waters: this well-written book touches on some of that but it very much concentrates on the Carpathia ship which came to rescue survivors. Imagine Captain Rostron’s surprise to discover less than one-third of Titanic’s 2200+ passengers were available to save! Exactly what measures this captain made to protect his own passengers and yet provide safety for the tragic luxury liner’s survivors is fully explained here and the many decisions he made and steps he took were judged as exemplary. There are a lot of new facts I learned from this book and I recommend it to other readers.