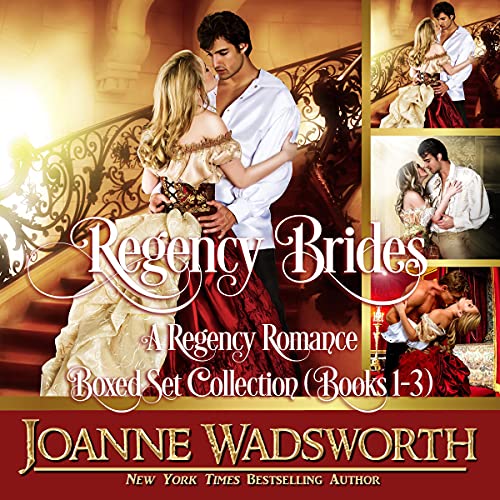 Expect passionate happily ever afters, no cliff-hangers, and a series that can be enjoyed in any order. It’s time to travel to Regency England where there are dashing dukes and loyal ladies.

Tired of going unnoticed by the Duke of Ashten - who also happens to be her brother’s best friend - Ellie hatches a plan to elope. The duke won’t let her go through with such a terrible mistake, but when he steals her away, will he finally open his heart to her?

Lady Sophia Trentbury has loved James Hargrove, the Earl of Donnelly, for as long as she can remember. Now, she’s determined to help him find answers about his family - and convince him their love is worth any risk. A Regency romance filled with intrigue!

To aid her engineer father with his work, Julia disguises herself as a young man. Major Harry sees through her disguise to the sassy beauty within - until a fall causes him to lose his memory! Will their budding romance be lost, as well? A passionate love-and-war adventure.

What listeners say about Regency Brides