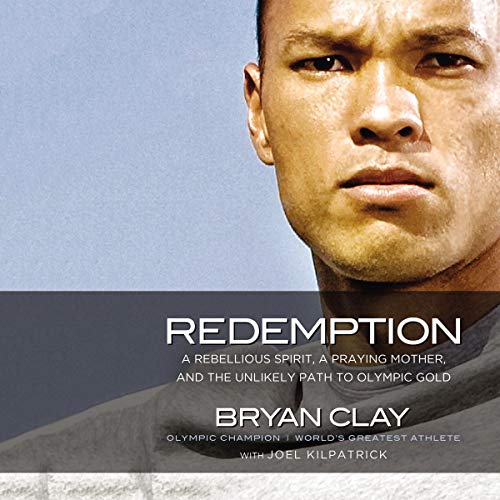 This is the story of the most unlikely Olympic decathlete in history. Despite size and stature, Bryan Clay is the defending champion of the 2008 Olympic gold medal and winner of the 2004 Olympic silver medal in the decathlon. His journey is as inspiring as it is gritty, as troubled as it is triumphant.

Far more than just a sports memoir, Redemption details the drudgery, devastation, and ultimate conversion that led Bryan to become a world champion.

"[God] had a plan when I believed that dreams never came true because, in my life, they never did," says Bryan.

Through a remarkable series of events and devoted prayers of his mother, Bryan's life was turned around into a victorious narrative of truly being redeemed.

What listeners say about Redemption