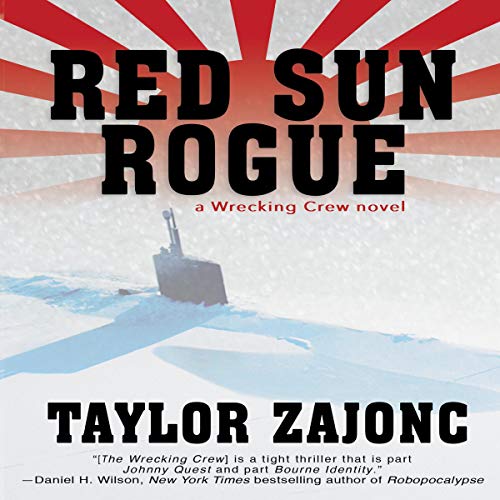 An unknown enemy wreaks havoc in the South China Sea while blaming the destruction on Jonah Blackwell and the crew of the Scorpion, forcing them to untangle a deadly conspiracy rooted in a lost technology from World War II.

May 6, 1945: A German submarine U-3531 disappears en route to mainland Japan, taking with her a weapon that could have changed the course of the war.

Present day: Salvage diver turned submarine captain Jonah Blackwell and his unproven crew resurface on a mission of mercy, secreting starving refugees from the brutal North Korean regime as a 100 year winter ravages the northern Pacific. Hunted by the Japanese fleet and forced to surrender, the crew of the Scorpion are blackmailed into investigating a mysteriously quarantined DPRK submarine base. As chaos erupts across the East China Sea, the crew of the Scorpion find themselves embroiled in a conspiracy that threatens to reshape the entire region. Now his crew must race against time in an adventure spanning the irradiated waters of Fukushima, flood-beset Tokyo metropolis and the crumbling tropical remains of a secret Japanese research facility. At the center of it all is an enigmatic technology cult with roots in the clandestine weapons program of the Second World War - a cult that has waited 70 years to strike its final blow.