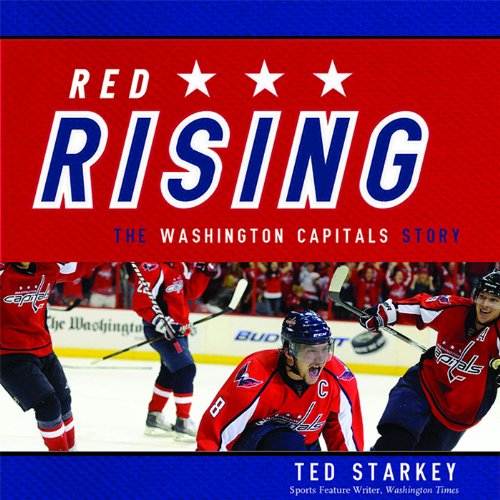 Around the turn of the new millennium, the Washington Capitals were scrounging around the very bottom of the National Hockey Leauge. By 2009, however, the Caps had turned things around in dramatic fashion. Ted Starkey’s Red Rising is the entertaining in-depth look at how the organization was able to transform itself from a joke to one of the most powerful teams in the NHL. Performed with a tight and engaging delivery from veteran narrator Christopher Price, Red Rising is an exciting and informative listen for any hockey fan.

From the depths of the National Hockey League basement in 2003, to the league’s most recognizable, successful, and offensively potent team just seven years later, this book chronicles the rebranding and reemergence of the Washington Capitals. Fueled by the arrival of charismatic Russian superstar Alexander Ovechkin, as well as other gifted young players, the Caps have transformed themselves from a chronically underachieving organization with an eroding fan base into an organization that players, media, and fans respect. Featuring original interviews with Capitals players, coaches, and staff from the past decade, including team owner Ted Leonsis, as well as the expertise of dozens of the NHL’s most informed media personalities, this work examines how the once-anonymous hockey franchise became not only a success in Washington, but around North America and the world.

What listeners say about Red Rising

if you like robots reading for you, this is it!

Absolutely unlistenable. it's read by AI/software so any time you get to years, numbers, or sounding somewhat human, it fails. Your mileage may vary but I have found this impossible to listen to and plan on asking for my money back.