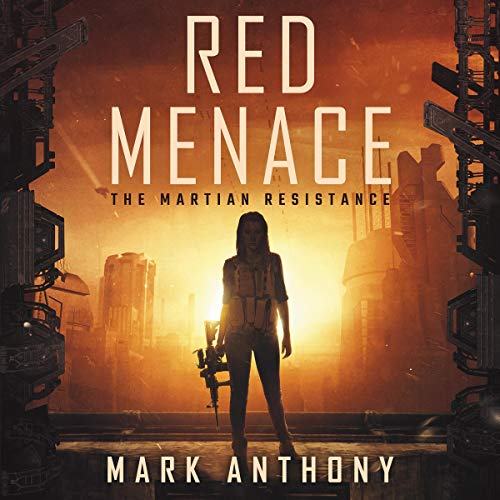 In the year 2026, the first humans traveled to Mars. Soon after, additional people traversed the expanse, their trek times decreased thanks to advances in propulsion. Then, in the late 2030s, AI systems radically altered space travel by unlocking the secrets of gravity, thus cutting the travel time from six months to six hours.

With this new travel technology, humans emigrate to Mars by the millions, forming cities and governments, and eventually the Martian Federation. All the while, Earth maintains tight control over its multitrillion-dollar investment. Mars resents this, but with their survival dependent on Earth, they unwillingly concede.

Over time, scores of Martians demand secession. By the 2070s, rebel groups form The Resistance and start attacking Earther facilities and personnel. For Ara Elio, a Martian native, this opposition movement has no personal meaning. However, an unexpected event will thrust her into the eye of the rising red storm.

What listeners say about Red Menace

I really enjoyed this story. Great characters, plot and timing, along with a great narration make it a joy to listen to and I want to revisit this universe.

I received a copy of this at my request in exchange for a fair review.

A great new story about fighting back against racism. By taking it off planet, Mr. Anthony makes this a battle between Mars and Earth instead of between nations or neighbors. But the truth is we are all human no matter where we are born. Also, some people cannot let go of their hate no matter what they have done to "Make it Right" in their own eyes.
Mary Ann Weathers did an excellent job reading this story. The MC is female but she did equally well with the many male characters.
Highly recommend unless you are one of those that can't let go just enjoy the story. Racism is a hot topic but it is still a good story.

I received this free review copy audio book and have voluntarily left this unbiased review.