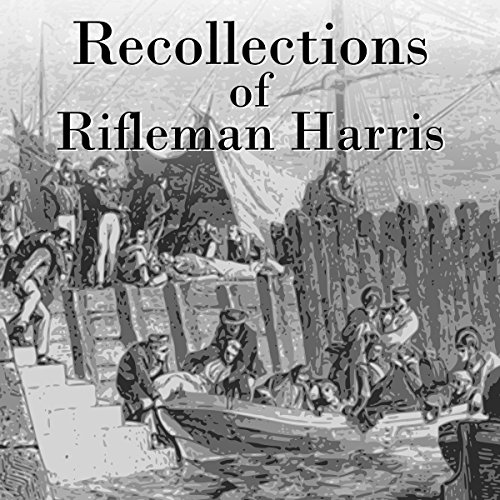 Rifleman Harris was a soldier in the elite 95th Rifles, one of Britains most prestigous infantry units during the Napoleonic wars. In this memoir, Harris relates his experiences in Denmark, the Peninsular, and at Walcheren.

This is no history of grand plans and movements controlled by the lofty generals. Rather this relates the tale of a front line soldier who's concerns run much more with keeping shoes on his feet, a shirt on his back and, most, importantly food in his belly.

Among other details, this book relates the horrors of the retreat to Corruna and the even more disasterous Walcheren expedition where an entire army was struck down by pestilence.

An eye view of a British Soldier in the Napoleonic Wars

If you like the “bird’s eye view” of the common foot soldier you will enjoy this one. No tales of bravado just the way he saw it. It’s a rare thing to hear stories of the Napoleonic War foot soldiers. It was an interesting read!

A peŕfect and concise account of a foot soldier.

This is a seminal if brief accounting of the life of a private soldier during the Napoleonic Wars. Not bitter nor embellished, it is an honest, and rare look at the triumphs and hardships of the infantry. Written in plain and informative language and filled with unique details and anecdotes, it gives a great glimpse into a world that was seldom recorded, free from the politics and grand strategy of other accounts of the generals of the age. It is a pure tale of war and military life.

This first hand account of the life of British. Soldier in the 95th Rifles in the Napoleonic wars is excellently read. it gives us far greater insight into the life of an ordinary soldier in that campaign than many a biography of the great generals.