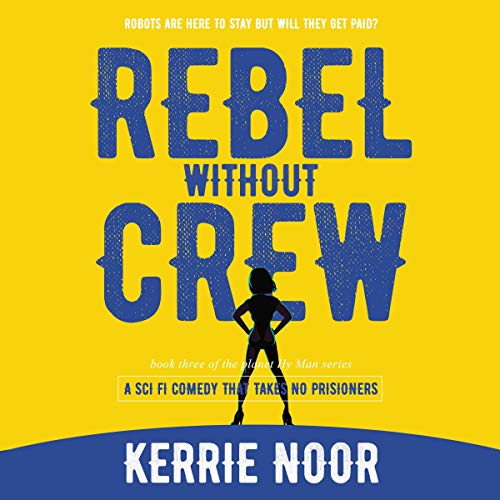 Rebel Without a Crew

Planet Hyman is at a lost as Hilda takes a sabbatical, she has found her "pleasure dome" and while she learns there is more to life than a new manifesto, H2 and DBO plot a coup. With Mex hungover, and Beryl shamed, there is little to stand in their way apart from a hippy colony too chilled to care, a reporter with no scruples, and a missing set of batteries.

Will H2 and DBO take over the planet and run it the proletarian way? Or will Hilda rise from her wet dreams toss her dead batteries to the wind and take over from where Beryl left?

A Rebel Without a Crew is the third in the Planet Hy Man series where every hero is a woman old enough to know better and old enough not to care.

What listeners say about Rebel Without a Crew