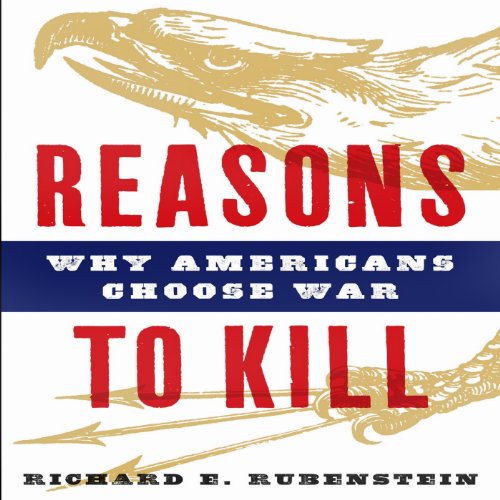 From the American Revolution to the end of World War II, the United States spent 19 years at war against other nations. But since1950, the total is 22 years and counting. On four occasions, U.S. presidents elected as "peace candidates" have gone on to lead the nation into ferocious armed conflicts. Repeatedly, wars deemed necessary when they began have been seen in retrospect as avoidable, and ill-advised. Americans profess to be a peace-loving people and one wary of "foreign entanglements". Yet we have been drawn into wars in distant lands from Vietnam to Afghanistan. We cherish our middle-class comforts and our children. Yet we send our troops to Fallujah and Mogadishu. How is it that ordinary Americans with the most to lose are so easily convinced to follow hawkish leaders - of both parties-into war?

In Reasons to Kill noted scholar Richard E. Rubenstein explores both the rhetoric that sells war to the public and the underlying cultural and social factors that make it so effective. With unmatched historical perspective and insightful commentary, Rubenstein offers citizens new ways to think for themselves about crucial issues of war and peace.

What listeners say about Reasons to Kill

I myself am a western oil man living right In the middle of a pro war community. I do not affiliate with any political party so from an unbiased stand point this book has a lot of must read facts and points very enjoyful