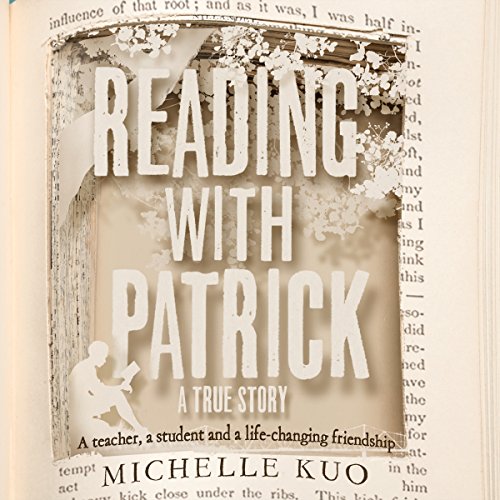 A Teacher, a Student and the Life-Changing Power of Books
By: Michelle Kuo
Narrated by: Michelle Kuo
Length: 8 hrs and 29 mins
Categories: Biographies & Memoirs, Memoirs
4.5 out of 5 stars 4.3 (3 ratings)

A memoir of race, inequality and the power of literature told through the life-changing friendship between an idealistic young teacher and her gifted student who was jailed for murder in the Mississippi Delta.

As a young English teacher keen to make a difference in the world, Michelle Kuo took a job at a tough school in the Mississippi Delta, sharing books and poetry with a young African American teenager named Patrick and his classmates. For the first time, these kids began to engage with ideas and dreams beyond their small town and to gain an insight into themselves that they had never had before. Two years later Michelle left to go to law school, but Patrick began to lose his way, killing a man and facing a lengthy jail sentence. And that's when Michelle decided that her work was not done and began to visit Patrick once a week, and soon every day, to read with him again.

Finely written in the very best tradition of American long-form narrative, Reading with Patrick by Michelle Kuo is a story of hope, redemption and the power of books to transform - and even to save - a life.

What listeners say about Reading with Patrick

I couldn't stop listening to this book. I brought it in from my car and listened while I did housework. The story of Patrick, interwoven with the deep injustices of being born black and poor, educates and elucidates, just like a good teacher would. Through this story, Michelle had awoken in me my lost love of poetry and why I love it so. I will need to get this book in paper form as well. So I can highlight and savour the many treasures found in this book.

A passionate, inspiring and heartwarming story

A very inspirational story in wish a laughed, cried, wondered and learned a lot about teaching, insecurity, friendships and the struggle that immigrants and Black people faced in America.