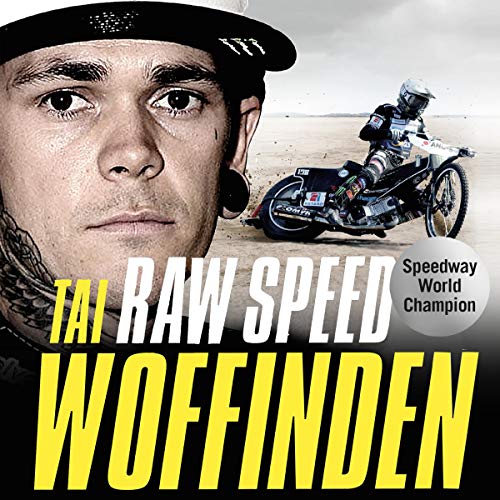 Triple Speedway World Champion and former captain of the Great British speedway team, Tai Woffinden is one of the sport's biggest stars.

Following in his late father's footsteps, Tai Woffinden made his name as a notable Speedway rider. Known for his speed on the tracks and his quirky tattoos, Woffinden is a popular figure within the sport. He has over 55,000 followers on Twitter, where he posts frequent pictures of himself and wife Faye, whom he married in late 2016.

With a vast array of titles to his name, including youngest ever World Champion, achieved at the age of 23, Woffinden has come a long way from his Scunthorpe roots. However, he has not been without his share of struggles. In 2010, Woffinden lost his father to cancer, which, combined with internal issues within his team, resulted in a difficult season. His autobiography provides an eye-opening insight into the life of one of speedway's most exciting talents.

What listeners say about Raw Speed

Speedway the way it really is

An excellent, thought out Book

Wow Tai, I knew you had been through alot, but I did not not realize you have gone through all this. First of all, you reduced me to tears, as I listened about your Dad as I have gone through something similar, but hearing the other things on top. I then was happy to hear the truth about your Childhood upbringing and how you are Australian and not English. This again is something I can very much understand. I just want to thank you for saying about Speedway and the SGB how they actually are. As a fan, we don't get to know any of this and it is great that a top rider has finally spoken out and informed us. You have always been one of my favourite riders and I have been counting down the days to getting your Audiobook. I have not been disappointed.