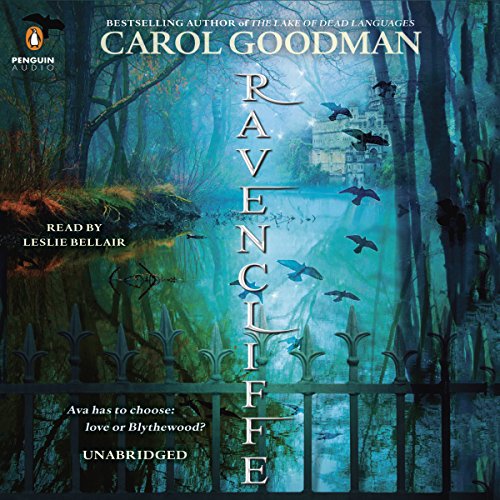 Avaline Hall is no ordinary girl.

She's a student at Blythewood Academy, an elite boarding school that trains young women to defend human society from the shadowy forces that live among us. After the devastating events of her first year at Blythewood, Ava is eager to reunite with her friends - and with Raven, the compelling but elusive winged boy who makes her pulse race. She soon discovers, though, that the sinister Judicus van Drood hasn't finished wreaking havoc on Blythewood - and wants to use Ava and her classmates to attack a much bigger target.

Ava's the only one with any hope of stopping van Drood. But to scuttle his plans, she must reveal her deepest secret to everyone at Blythewood. What's she willing to sacrifice to do what's right - her school? Her love? Or her life?

"Rife with atmosphere, adventure and romance, this is a fantasy world worth getting lost in for a while." (Kirkus)

"Recommend this supernatural melodrama to fans of Gail Carriger and Libba Bray." (Booklist)

"[This] book is highly readable...especially to readers who have already devoured the works of authors like Libba Bray." (VOYA)

What listeners say about Ravencliffe

Captivating...and definitely one of my favorites!

This story is immensely entertaining. December of this year (for book 3) can't come sooner! It's a mixture of the romance and feminism that erupted in Jane Eyre, the magic and excitement that filled Harry Potter and the captivating escape that all great stories have. I'm so happy I stumbled upon it!

One of my favorite authors… What's not to love? Her ability to transform words into what completes a visual for us is pretty amazing.