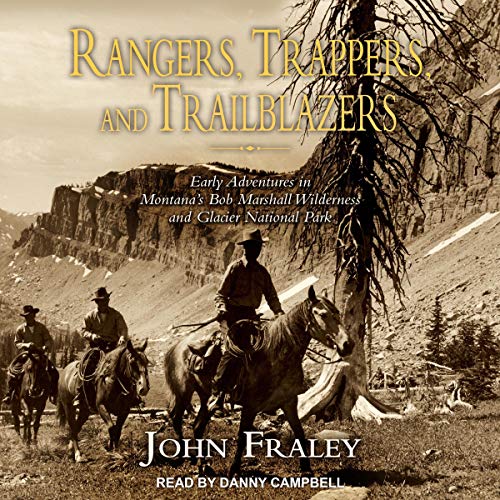 The North, Middle, and South Forks of the Flathead River drain some of the wildest country in Montana, including Glacier National Park and the Bob Marshall Wilderness Complex. In Rangers, Trappers, and Trailblazers, John Fraley recounts the true adventures of people who earned their living among the mountains and along the cold, clear rivers in the 19th and early 20th centuries.

Here are the stories of the intrepid Glacier Park Ranger Clyde Fauley and his young family using a cable bucket to reach their isolated cabin across the Middle Fork, trapper Slim Link's fateful meeting with a grizzly bear in the deep woods of the North Fork, and the life and times of Henry Thol, "the ranger's ranger," who happily snowshoed hundreds of miles through deep snows and minus-40 cold to patrol the South Fork wilderness.

Tragedies and near-misses abound: a fatal shootout, tangles with bears and packrats, a devastating train wreck, and a missing airplane. But these are balanced with tales of courage, endurance, and remarkable personal achievement. Fraley tells all in intriguing detail wrested from primary sources.

What listeners say about Rangers, Trappers, and Trailblazers