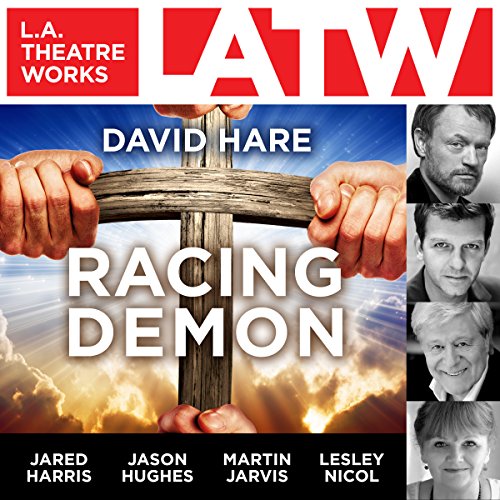 Four clergymen seek to make sense of their mission while being torn in all directions by the Church of England. After a critically lauded debut in 1990 at London’s National Theatre, Racing Demon went on to earn universal acclaim. More than 20 years later, David Hare’s bold and moving revelations on gay ordination and the doctrine of the priesthood ring more resoundingly than ever.

Recorded in Los Angeles before a live audience at The James Bridges Theater, UCLA in November 2014.

What listeners say about Racing Demon

Do not buy this book. Religious trash based on the Anglican communion and debated by idiots.

Thought it might be more like a BBC radio adaptation, but this was a recording of a performance in a theatre. Not sure if it’s been adapted so that things you would see on stage are instead mentioned in dialogue, but it was done very well.
Great David Hare work, and as it’s one of his ‘State of the nation’ (ie of their time) plays, i was pleased to have chance to listen it, as it seems unlikely to be restaged soon.