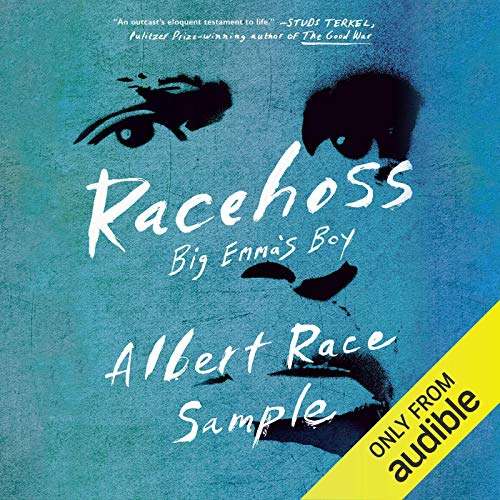 Born in 1930, the mixed-race son of a hard-drinking Black prostitute and a White cotton broker, Sample was raised in the Jim Crow South by an abusive mother who refused to let her son - who could pass for White - call her Mama. He watched for the police while she worked, whether as a prostitute, bootlegger, or running the best dice game in town. He loved his mother deeply but could no longer take her abuse and ran away from home at the age of 12.

In his early 20s, Sample was arrested for burglary, robbery, and robbery by assault, and was sentenced to nearly 20 years in the Texas prison system in the 1950s and '60s. His light complexion made him stand out in the all-Black prison plantation known as the “burnin’ hell”, where he and over 400 prisoners picked cotton and worked the land while White shotgun-carrying guards followed on horseback.

Sample earned the moniker “Racehoss” for his ability to hoe cotton faster than anyone else in his squad. A profound spiritual awakening in solitary confinement was a decisive moment for him, and he became determined to turn his life around. When he was finally released in 1972, he did just that. Though Sample was incarcerated in the 20th century, his memoir reads like it came from the 19th.

With new stories that had been edited out of the first edition, a foreword by Texas attorney and writer David R. Dow, and an afterword by Sample’s widow, Carol, this new edition of Racehoss: Big Emma’s Boy offers a more complete picture of this extraordinary time in America’s recent past.

What listeners say about Racehoss

Albert Race Sample's story of his own family and early years, followed by years of incarceration and release, was difficult to listen to at times, but also a source of inspiration for me and no doubt thousands of other people. I had not known of the book until discovering it on Audible, and am delighted to have encountered it. He is a fine writer indeed, having the gift of holding a reader/listener even while relating violence and vengeance. There are many villains in this story, male and female, and not much by way of redemption, within a system that is skewed against black people. His own mother Emma can be harsh and violent, but Sample shows us his love for her, even though he has to escape her for many years. It is heartening indeed to hear about all the work he did after his release from jail, on prisoner rehabilitation and prison reform.

Highly recommend this book. Mirron Willis is an incredible artist who brings so much to this epic American story. Legendary.

Read this book in high school and loved it then but with the narrator, brings it more to life and very funny at times and makes you cry at others. Great book!

The book was good overall however, it was very detailed when it wasn't necessary especially during his prison years. It seemed to go on and on. I sympathize with Racehoss' story and am glad he was shown the light but 14 hours (whew). Like another readers review said, I heard his Diane Rehm interview and was excited to listen but was a little disappointed.