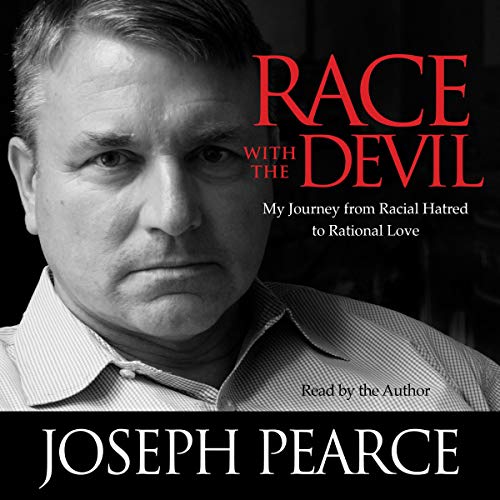 Race with the Devil

Before he was the world's foremost Catholic biographer, Joseph Pearce was a leader of the National Front, a British nationalist, white supremacist group. Before he published books highlighting and celebrating the great Catholic cultural tradition, he disseminated literature extolling the virtues of the white race, and calling for the banishment of all non-whites from Britain.

Pearce and his cohorts were at the center of the racial and nationalist tensions - often violent - that swirled around London in the late 1970s and early '80s. Eventually Pearce became a top member of the National Front and the editor of its newspaper, The Bulldog. He was a full-time revolutionary.

In Race with the Devil: My Journey from Racial Hatred to Rational Love, Pearce himself takes the listener through his journey from racist revolutionary to Christian, including:

Race with the Devil is one man's incredible journey to Christ, but it also much more. It is a testament to God's hand active among us and the infinite grace that Christ pours out on his people, showing that we can all turn - or return - to Christ and his church.

What listeners say about Race with the Devil

I saw Mr Pearce on the Pints of Aquinas youtube chanel and was inspired to pick this up as part of my reading for Lent 2022. I especially appreciated hearing this personal story read by the author himself. A great example of how where we start out does not have to determine our destination. I was also very moved at the end where he spoke about his downes syndrome child and concurred with his description of the nature of these special people as I had experienced this through an uncle who was downes. Highly recommended.

What a tremendous story of redemption brought about partly by some of the most profound Catholic writers of our time including Chesterton, Belloc and Tolkien.