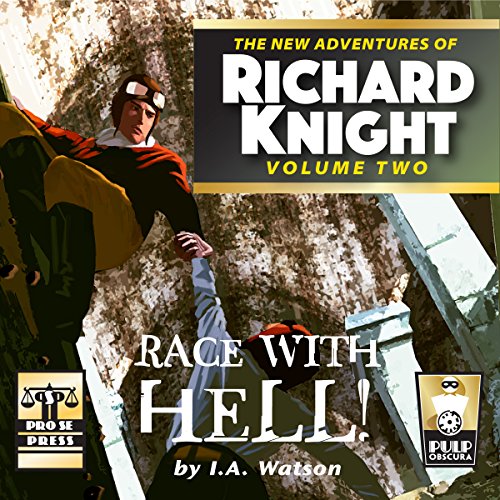 By: I. A. Watson
Narrated by: Pete Milan

Richard Knight is a man who wears two faces.

One, a rich playboy who travels in the circle of high society, the other an ace pilot and spy known only as Q.

With his trusted aide Larry Doyle, his superior officer General Brett, and the lovely Benita Navarre, Knight tackles strange cases in a world of scientific menace and weird adventure.

From the shadows of the past flies one of pulp's greatest aviator heroes! Pro Se Productions in conjunction with Altus Press presents a new volume in its PULP OBSCURA line! Bringing adventures and heroes lost in yesterday blazing to life in new pulp tales today!

Race with Hell! A 10,000-mile air race over the most dangerous environments on the planet. 31 of the world's most daring pilots - before the killings start. An ancient evil awoken from its tomb to wreak ancient revenge on the living.

Can the man called Q prevent mass murder before the globe is plunged into chaos and war?

What listeners say about Race with Hell!