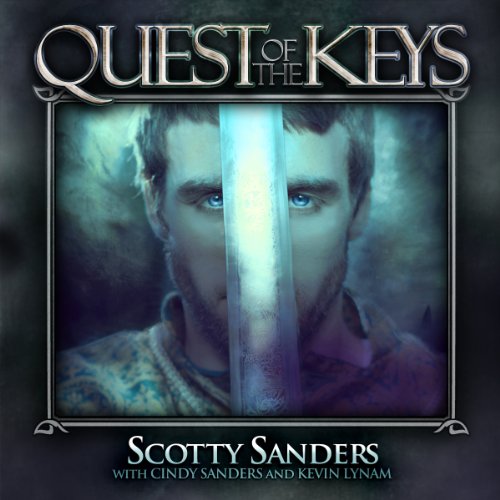 Quest of the Keys

In the timeless shadows of the mines, distant screams glide across rock walls worn by running water and groping hands. Here where the sunlight never reaches, the picking of axes and dragging of chains is met by the wails of new slaves and the dying of the old. The guards' words echo off the walls as if from the dark heart of the mountain itself, crushing any hope of freedom: You are nothing here! You have no power and no chance of escape.

Returning to his hometown defeated, penniless, and desperate, Decklen resolves to seek help from the only man strong enough to provide it - the elder of Leonesse. When he pleads his case to the elder, Decklen is not offered access to the town's resources as he had hoped. Instead, he is presented with an invitation - an offer to begin a quest to unlock eight scrolls and learn the secrets therein. But to do so, Decklen must find each key. Could it be that this quest will prepare him for the dangers ahead? But for two tenacious captives - Decklen, a young man coping with the mistakes of his past, and Camberly, a feisty 10-year-old orphan - escape from the mines is not a dream; it is their reality.

However, Camberly's brother has accidentally been left behind. They must go back for him; they must free him from the debilitating darkness. But how can Decklen face the nightmare of the mines again?

What listeners say about Quest of the Keys

I loved how the book framed an adventure story around character building skills. This novel would benefit teachers, students, managers, team builders, facilitators and anyone aiming to set life-enhancing goals.
I will begin each new school year reading and listening to QOTK. The narrations are pleasant and give the reader a window to the characters.