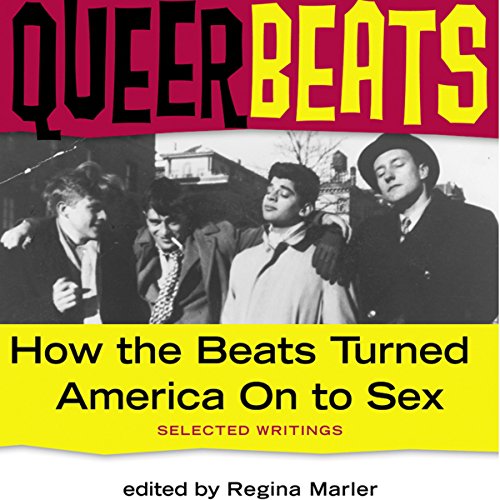 Among the unconventional attitudes of the Beat writers as they rebelled against the conformism of the late 1940s and 1950s was their relaxed stance on sexuality. At a time when gay people were considered mentally ill or criminal, the Beats celebrated spontaneity and freedom in thought, word, and action. They were queer in the fullest sense of the word: their fluid sexuality challenged all sexual and romantic conventions. Combining fiction, letters, and poetry, Queer Beats explores the sexual pulse that throbbed throughout the Beats' writings - from the perverse "cut-up" prose of William S. Burroughs's Naked Lunch and the homoerotic poetry of Allen Ginsberg to Jack Kerouac's letter to Neal Cassady in which he declares (despite sexual encounters with Ginsberg and Gore Vidal): "Posterity will laugh at me if it thinks I was queer." This collection also includes writings by Diane di Prima, Frank O'Hara, Herbert Huncke, Elise Cowen, Robert Duncan, and others.

What listeners say about Queer Beats