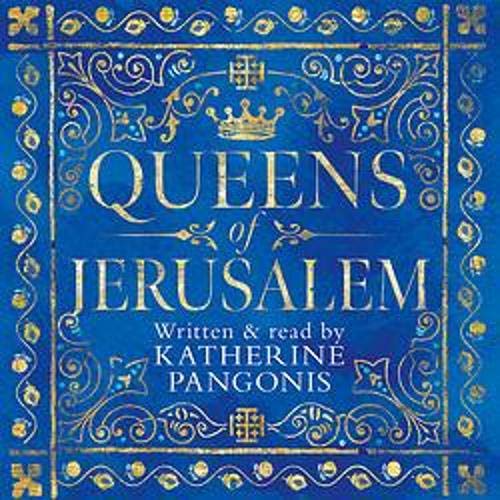 In 1187 Saladin's armies besieged the holy city of Jerusalem. He had previously annihilated Jerusalem's army at the battle of Hattin and behind the city's high walls a last-ditch defence was being led by an unlikely trio - including Sibylla, Queen of Jerusalem. They could not resist Saladin, but, if they were lucky, they could negotiate terms that would save the lives of the city's inhabitants.

Queen Sibylla was the last of a line of formidable female rulers in the Crusader States of Outremer. Yet for all the many books written about the Crusades, one aspect is conspicuously absent: the stories of women. Queens and princesses tend to be presented as passive transmitters of land and royal blood. In reality, women ruled, conducted diplomatic negotiations, made military decisions, forged alliances, rebelled and undertook architectural projects. Sibylla's grandmother Queen Melisende was the first queen to seize real political agency in Jerusalem and rule in her own right. She outmanoeuvred both her husband and son to seize real power in her kingdom and was a force to be reckoned with in the politics of the medieval Middle East. The lives of her Armenian mother, her three sisters and their daughters and granddaughters were no less intriguing.

The lives of this trailblazing dynasty of royal women and the crusading Queen Eleanor of Aquitaine are the focus of Katherine Pangonis's debut book. In Queens of Jerusalem she explores the role women played in the governing of the Middle East during periods of intense instability and how they persevered to rule and seize greater power for themselves when the opportunity presented itself.

What listeners say about Queens of Jerusalem

This book is well written and covers the lives of the women included very well. It does help if the reader has some familiar with that time in history or the individuals covered. The book moves at a fast clip so it's important to pay attention. I loved the book and the reader. Excellent! I couldn't put it down. Highly recommend this book to those who love this period of history.