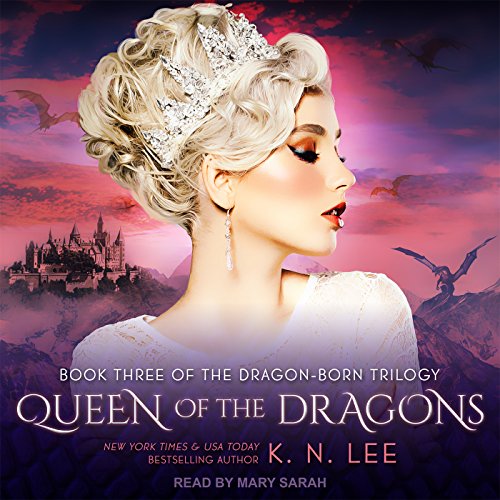 Queen of the Dragons

A dragon on the run. A pirate seeking revenge. A mermaid thirsty for blood. The epic coming-of-age adventure is just beginning.

The world's fate rests on the shoulders of one half-blood dragon. Taken by the infamous Red Dragon, Rowen now finds herself without hope, a plan for escape, or her memory. Ancient secrets are revealed during her captivity, and a strange black dragon risks his life to save her. When he finds himself injured and also kept in the Red Dragon's lair, the two of them must find a way to survive.

Captain Elian Westin and what remains of his crew make the journey to Withrae, where a war is brewing. Dragons versus humans. Which side will they choose? The answer isn't as simple as Elian thinks when he is brought face to face with the woman who broke his heart. The rules are no longer as simple as he once believed when the fate of his daughter and her mother are left in his hands.

But in Draconia, things are rarely what they seem, and the origins of a curse are revealed.

What listeners say about Queen of the Dragons

A budget story with limitations

This trilogy is curious in that each book is quite brief, and in fact, could just as well be just a single book. As you would expect for such brief stories, character development is slight and the plot often left me gasping at times as it takes large leaps in continuity and logic over short spaces in plot time. I'm still wondering what sort of heroine the lead character is to the point I really don't know just how she is going to use/cope with her extensive abilities. Perhaps this is developed in the following books. She seems to be more passive, than active, have things done to/for her than grasping opportunities to improve her lot. Don't get me wrong, I thought the plot and its general development interesting...I just think the author has sold herself a little short on producing an above average fantasy. The "chic lit" element is not too syrupy.

I thought Mary Sarah did a reasonable job performing the different characters.