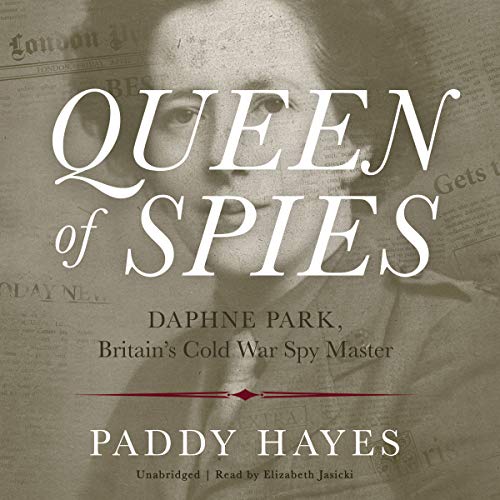 The true story of Daphne Park, the female British secret intelligence officer who rose through the male-dominated ranks to become the Queen of Spies

From living in a tin-roofed shack north of Dar es Salaam to becoming Baroness Park of Monmouth, Daphne Park led a most unusual life - one that consisted of a lifelong love affair with the world of Britain's secret services. In the 1970s, she was appointed to Secret Intelligence Service's most senior operational rank as one of its seven area controllers - an extraordinary achievement for a woman working within this most male-dominated and secretive of organizations.

In Queen of Spies Paddy Hayes recounts the fascinating story of the evolution of the British Secret Intelligence Service (SIS) from World War II to the Cold War through the eyes of Daphne Park, one of its outstanding and most unusual operatives. He provides the reader with one of the most intimate narratives yet of how the modern SIS actually went about its business - whether in Moscow, Hanoi, or the Congo - and shows how Park was able to rise through the ranks of a field that had been comprised almost entirely of men.

Queen of Spies captures all the paranoia, isolation, and deception of Cold War intelligence work and combines it with the personal story of one extraordinary woman trying to navigate this secretive world. Hayes unveils all that it may be possible to know about the life of one of Britain's most celebrated spies.

What listeners say about Queen of Spies