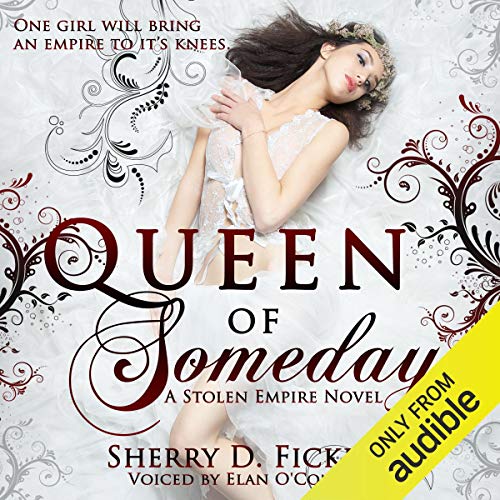 Before she can become the greatest empress in history, 15-year-old Sophia will have to survive her social-climbing mother's quest to put her on the throne of Russia at any cost. Imperial Court holds dangers like nothing Sophia has ever faced before. In the heart of St. Petersburg, surviving means navigating the political, romantic, and religious demands of the bitter Empress Elizabeth and her handsome but sadistic nephew, Peter. Determined to save her impoverished family and herself, Sophia vows to do whatever is necessary to thrive in her new surroundings. But an attempt on her life and an unexpected attraction threatens to derail her plans. Alone in a new and dangerous world, learning who to trust and who to charm may mean the difference between becoming queen and being sent home in shame to marry her lecherous uncle. With traitors and murderers lurking around every corner, her very life hangs in the balance. Betrothed to one man but falling in love with another, Sophia will need to decide how much she's willing to sacrifice in order to become the empress she is destined to be. In a battle for the soul of a nation, will love or destiny reign supreme?

What listeners say about Queen of Someday

I think I would because I know a lot of people like this kind of book even though I only thought it was OK.

This was a real hit and miss for me. There was 2 main things that I didn't like and these really brought down the overall story. Ill start with what I didnt like -
I HATE insta love and love triangles and this has both. It seemed that every guy Sophia saw, she fell in love with and it really really annoyed me. She "loved" 3 guys!! I mean, come on, she is 15, she shouldnt even love one guy never mind say 3.
The second biggest thing was Sophia herself. She started strong but over the course of the book became weaker and let everyone walk over her.
Now onto what I liked -
I liked Sergei. He is Sophias rock and is there when she needs him.
I also liked Alexander. He is kind and nice and I liked seeing his relationship with Sophia grow.
I like the Queen, even though she is mean at times, I think she really cares for Sophia.
Anyway, overall The Queen Of Someday was an OK read. I liked seeing Sophias story but I didnt like parts. The one redeeming quality and what really made me enjoy the experience of the book was Elan O' Connor. She was the perfect choice for Sophia because her voice was so regal. I will definitely check out more that she read.

Historical romance has always been one of my favorite genres, but never have I read anything like Queen of Someday. It is a very fictionalized account of the early years of Catherine the Great. Born Sophia, and later taking the name of Catherine when she converts religions, Sophie is 15 when we meet her in QoS. Though young, Sophie is put into very adult situations (just as the real Sophia likely was). It is easy to fall in love with her youthful innocence and both morn and cheer as that innocence is gradually scraped away as she is forced to become harder and more calculating just to survive.

She starts out as a typical 15 year old, starry eyed and easily swayed by a handsome face and sweet words. But for her, the stakes are much higher than for any other young girl of the time. Obeying her heart can literally mean her death. And the only way to survive is to learn how to scheme.

Queen of Someday is the first in a trilogy and is just the beginning of story. I can't wait for the sequel to find out more how sweet, young Sophie becomes Empress Catherine, one of the greatest rulers of all time.

Another pleasant treat is the note at the end where Ficklin owns up to "making something up" in relation to Catherine's story. She is unapologetic about the liberties she has taken in fictionalizing the story. I found, as I think many readers will, that reading this fanciful account makes me want to read more about the real Catherine. Considering that this is a great read for teens, that aspect makes me want to give the book 6 or 7 stars. Because what a wonderful thing to make teens interested in history.

Captivating tale of deceit and manipulation.

I don't think there are enough words in the English language that could accurately describe my feelings about this story. Queen of Someday is gripping right from the beginning, and is an adventure right to the end.

Princess Sophie's character arc in just the first installment was masterful. To be able to see how she went from a really nice, though somewhat awkward girl, to a master manipulator that rivals the Empress was fascinating.

Sherry did an amazing job building this world. Even the secondary characters are all memorable. There are so many of them that have integral roles, yet I had no trouble remembering who each person was and what part they played in this story.

I plan to immediately delve into the next in the series, Queen of Tomorrow, which is out soon! I would recommend this book to anyone 16 years of age and older (possibly even 13 years old, depending on their maturity level). Brilliant.

The narrator of this audiobook was absolutely amazing. I wanted to curl up under a blanket with some hot tea and wooly socks, and it is 90 degrees outside. She perfectly set the tone for the story from the beginning, and throughout.

A fictional back story of Catherine the Great

If you could sum up Queen of Someday in three words, what would they be?

I truly enjoy listening to Ms. O'Connor's work. This is the second book by her I have listened to and she is wonderful. The emotion that she showed in this book was spot on. The tension between Sophie and her mother and Sophie and the Empress was tangible. You could really feel what was happening.

Queen of Someday is the quasi fictional back story of Catherine the Great. Ms. Ficklin paints a picture of Russia during the time of the Empress and you really feel like you are there. As with other stories about royalty, here you learn that sometimes marriage is more about alliances than love. I would love to see what happens next in the Stolen Empire Series.

A great story with adventure and great romance! I was totally surprised by the plot twist! Brilliantly written and a very worthwhile listen!

Different than I thought it would be

I should say, I'm not a history buff and no nothing about Queen Catharine, so all this was new to me. It was sadder than I thought it would be, Sophie is being forced into a marriage to an awful prince who is sadistic and crazy. Plus her mom treats her like a means to an end and doesn't seem to truly care about Sophie's well being. I was happy that she had Alexander and Sergei as friends and allies to lean on. I thought the romance was going to be different <spoiler>I definitely thought she would be with Sergei and not Alexander</spoiler> but it was still sweet.
The ending was sad and not what I hoped for, but I did admire Sophie's cunning plan and that she's sticking up for herself.

I don't even know where to start.

Just when you think it's your predictable prince & princess story it totally is not, don't get me wrong I am so grateful that it was not. I am trying to write a review without giving too much away. It's full of twist and turns you never know what's going to happen next. I began to feel sorry for Sophie I hope she finds love in the next installment because I don't believe she will survive another heartbeat she. My prediction is that she will end up like the character from the play. However, I believe this book is worth the credit.

absolutely loved this. once you've started you won't want to stop. the audio performance was wonderful

Outstanding Story of a German Princess

Queen of Someday is a wonderful story filled with action, intrigue and romance. I've always enjoyed historical romance, but I also enjoy a good action and adventure novel. This book is the perfect blend of my two favorite genres together, which is quite the accomplishment that few authors even attempt.

The story centers around Sophie, a German Princess whose family has fallen on hard times. She is invited to Russia's Imperial Court by Empress Elizabeth as a potential bride for her handsome and hot tempered nephew, Peter. From the opening scenes of the book, Sophie experiences an attempt on her life when she is en route to St. Petersburg (and such attempts do not cease once she arrives). Not to be thwarted by a bunch of bandits, Sophie single handedly out runs and eventually defends herself against the thieves. She is smart, intelligent, and quick witted - like all good heroines should be.

Elan O'Connor did an excellent job narrating. Her narration flows naturally at an even and excellent pace. She was easy to listen to, having differing voices for all characters, and really contributed to my enjoyment of the book.

Simply put, Queen of Someday is one of the best books I've listened to all year!

boring. slow to gain my interest. will not bothing with the rest of the series. dont waste your money or your time