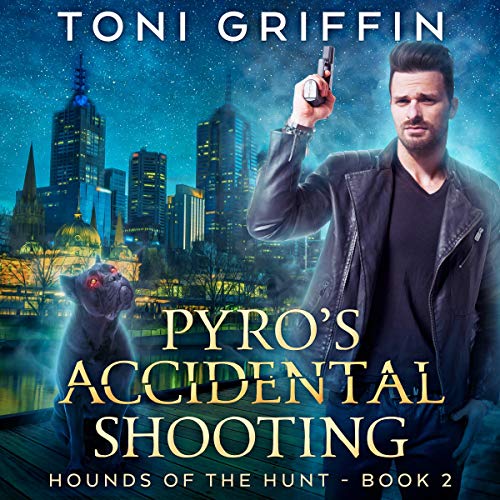 Winter in Melbourne makes the hunt for supernatural beings gone bad harder than usual during the cold foggy nights. A chill has settled deep in Pyro’s bones. One he can’t shake loose. More than anything, Pyro wishes for a heart mate of his own to come home to after the long nights of a hunt, one who understands him and his desires, who can hold him together when he needs to let go.

Life has always been planned out for Callum. His family of cops expected him to be a cop, so that's what he became. But Callum isn’t so sure about being a detective for the Melbourne police. Not many people understand the demands of being a cop, and it’s been the downfall of more than one of his relationships. Why should his chance of loving someone get sidelined for a job he isn’t even sure he wants?

One fateful encounter on a fog-shrouded night changes both their worlds forever. Now Pyro just has to convince his heart mate they belong together while Callum tries to come to terms with a world he never knew existed and does his best to make up for accidentally shooting the unusual and intriguing hellhound.

can't wait for the next book. Please tell me when it's coming out :). Sitting here patiently waiting

This series is so much fun to read. Waiting impatiently for Jordan’s story. My favorite part of this book is the flower scene. I laugh out loud every time.

I really love these guys. They are snarky and lots of fun to get to know. Pyro and Callum have almost the worst “how we met...” story ever. It was so much cringing and face palming that it’s very hard to not laugh after the fact. I really adore Pyro he is sweet and love able and just so much that you want to help him find his mate. Callum has a crash course in all things paranormal when he sees these guys I feel for him and way that he has to open his mind to the new reality. I love watching their relationship grow and seeing how they get closer to one another over time. I like that Pyro gives him time to adjust and come to terms with everything he has learned. The two have great chemistry and the bond that grows is undeniable. I thought that the narrator did an amazing job with all of these characters and the passion is evident in the way he brings them to life.

please give me more

I love these stories so so much .... the narator is perfect keep them coming please thank you