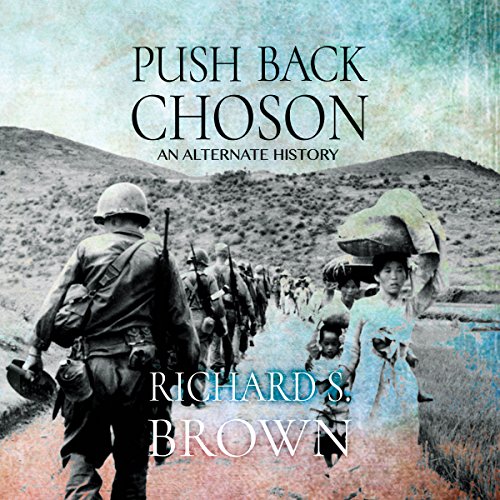 What if President Truman had withdrawn American forces from the Korean peninsula in 1950, rather than holding fast in a fight that cost more than 30,000 American lives? How would the United States' position in Asia be affected today?

Push Back Choson, offers one possible answer. In this alternate history, President Truman elects to withdraw American troops from Korea in order to avoid a new world war. The unfolding story is witnessed through the lives of an American Foreign Service officer, Tom Crandall, and a young, South Korean woman, Soon Hi Chung, who finds herself a displaced person in Japan, trying to come to grips with the communist victory that has forced her from her homeland, and torn her family apart.

Stung by the loss of Korea, political pressure builds in America to push back against the communist aggression in Asia, and to retake land that was lost.

What listeners say about Push Back Choson

The Narration killed this book....

Would you listen to Push Back Choson again? Why?

No, the narration was very, very bad.

I know not everyone's a Scott Brick, but come on...this guy is just bad at narration.

Listen to the sample before you buy, I wish I had.