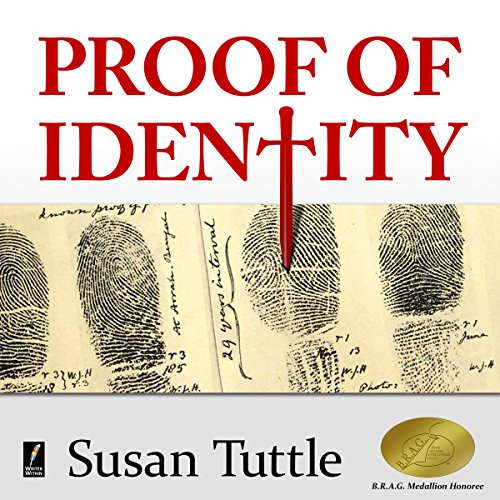 Danae Holloway, who suffers from strange, debilitating headaches, is arrested for the stabbing murder of a man she's neither heard of nor met. But the police have eyewitnesses who saw her leave the scene covered in blood, and her fingerprints are on the murder weapon. When legal aid lawyer Collin Montgomery succeeds in getting Danae released on bail, another murder occurs. Again her fingerprints are found at the scene and she has no alibi. Collin researches her background in a race to prove her innocence. But will the truth he uncovers only cement her guilt? Are the headaches making Danae do unspeakable things she cannot remember doing? Is the court-appointed psychiatrist working to help Danae, or does he have his own agenda? Most important of all, what happens when the facts and the truth don't agree? Just what constitutes proof of identity in a digital age?

What listeners say about Proof of Identity

The story didn't go where I expected it to, and I liked that! Enjoyed the story and the characters.