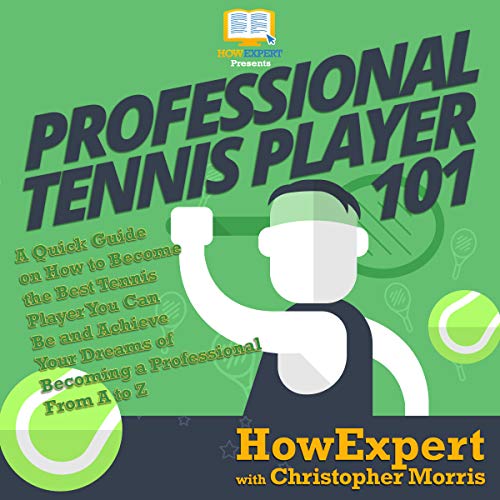 Tennis is one of the most challenging sports in the world, requiring a heady cocktail of technical skill, physical prowess, and mental strength. It can be an intimidating game for beginners to pick up, while experienced club players often struggle to improve. And 99.99 percent of tennis players never play professional-standard tennis, while also dreaming what it would be like to do so.

In this multipurpose guide to the sport of tennis, a former highly ranked British junior provides a raft of practical tips for improving your game while uncloaking the myths that surround the halcyon turf of the professional game.

This audiobook outlines all the key basic tennis techniques, provides you with the best drills to improve your game, and explains how to develop the skills professional players possess.

It also handholds you through the world of junior tennis and explains why all may not be as it seems inside expensive academies and the junior tennis circuit. The audiobook furthermore contributes to the ongoing debate regarding the importance of talent versus practice.

This is your guide to becoming the tennis player you want to be, for players of all skill levels, while also outlining what it is possible for you to achieve in the game of tennis.

About Christopher Morris: Christopher Morris was ranked in the top 20 juniors in Britain in both short tennis and lawn tennis as a teenager. He was also part of the first state school team to reach the British schools finals. An insider in the British LTA scheme, Morris was part of several of the top junior development squads, where he regularly played against several players, both male and female, who went on to play professional tennis. He also worked with the highest rated LTA coaches of the time.

Morris has since become a successful freelance writer, with his work featuring in Newsweek, Yahoo, and Seeking Alpha, among many other publications.