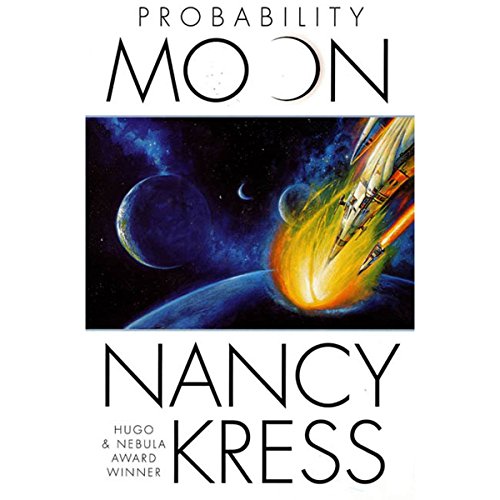 Humankind has expanded out into interstellar space using star gates-technological remnants left behind by an ancient, long-vanished race. But the technology comes with a price. Among the stars, humanity encountered the Fallers, a strange alien race bent on nothing short of genocide. It's all-out war, and humanity is losing.

In this fragile situation, a new planet is discovered, inhabited by a pre-industrial race who experience "shared reality"-they're literally compelled to share the same worldview. A team of human scientists is dispatched-but what they don't know is that their mission of first contact is actually a covert military operation. For one of the planet's moons is really a huge mysterious artifact of the same origin as the star gates...and it just may be the key to winning the war.

Would you try another book from Nancy Kress and/or Gregory Linington?

I liked it well enough to get the other two books in the trilogy.

Gregory Linington narrates like a monotone robot, in quick clipped phrases. Listening to him almost puts you to sleep. He does break up the monotony when he is doing the characters' voices, but even so, he is not very good at it.

Was Probability Moon worth the listening time?

Yes. I enjoyed the story. It took a chapter or two to get into it but I found it interesting.

I really enjoyed this novel. World is an interesting place and the scientists sent fromEarth do not understand the “Shared Reality” which governs society. Kress straddles soft SF and hard SF easily and satisfies both itches. I think that’s what I like so much about her SF.

The narration is very well done and I was able to listen to it at 1.25x speed.