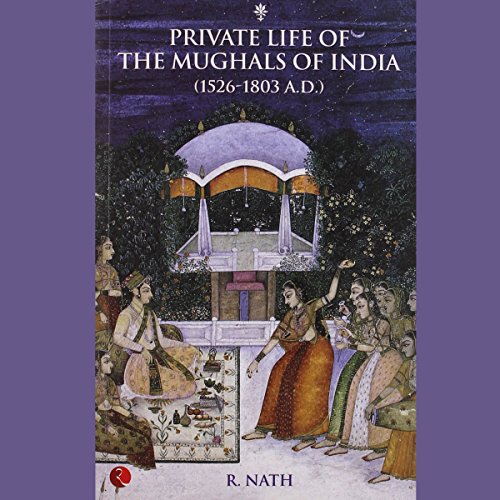 Private Life Of The Mughals Of India

Private Life Of The Mughals Of India

The opulent, sometimes scandalous private lives of the Mughals of India is brought to life in this book. The text covers various aspects of their lifestyles, such as their food and drinks; clothes and ornaments; perfumes and incense; addictions and intoxicants; amusements and pastimes; rituals of circumcision; and marriage and harem life. This well-written book will be a delight to the lay reader as well as the serious scholar.

Titled as it is, the book deals with the little known but much scandalised private life of the Mughals, who ruled from 1526 practically to 1803, when the British captured Delhi and Agra, their nerve centres, from them. This included the period of the reign of three great Mughals, viz. Akbar (1556-1605), Jehangir (1605-27) and Shah Jahan (1628-58), of little more than a century.

They possessed not only fabulous wealth but also the vision to found a culture-state in the real sense of the term. Planting it in the soil as naturally as a banyan tree, they institutionalized their life as much as their government. The former, almost completely shrouded in mystery, offers one of the most interesting aspects of medieval Indian history and culture.

What listeners say about Private Life Of The Mughals Of India

Person who read this book, his English accent is very poor. Book rating would be better if they improve and find American or British Accent.