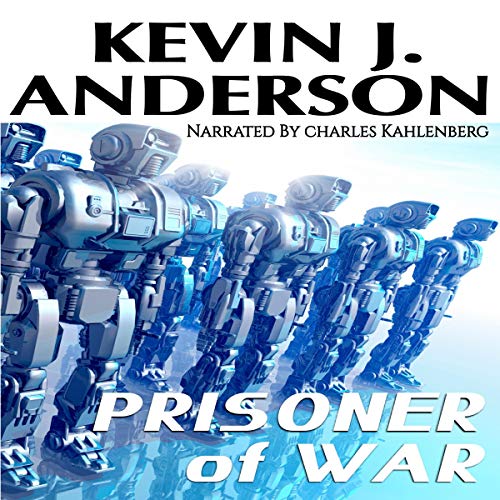 The words pound through Barto’s mind - commands and a way of life. Barto is a genetically engineered soldier in a future war. He has body armor, enhanced reflexes, and a laser lance as a deadly weapon, but he can kill with his bare hands as well.

His entire life has been designed for combat, to kill and die on the battlefield, to destroy the enemy. That is all he knows. He doesn’t have to worry about making complex decisions.

But when he is cut off from the rest of his squadron, freed from the constant drone of commands, he is confronted with the most terrifying crisis - the possibility of peace.

What listeners say about Prisoner of War