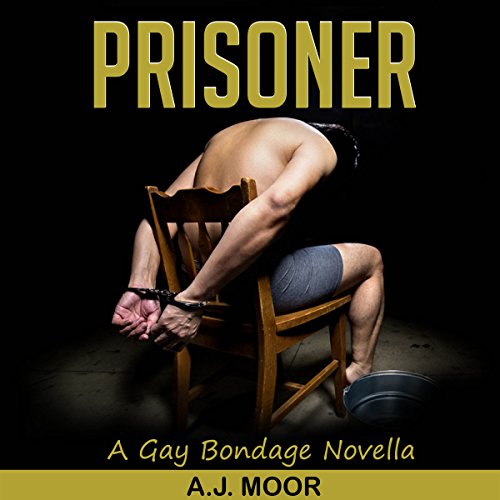 Sexy, 23-year-old Rick has been sent to prison for 12 years. He sits in his cell night after night, longing for the cruel touch of his girlfriend, a woman who had tied him, whipped him, and tickled him to keep him satisfied. Yet in trying to protect her, he killed a man and has now been sent to prison to serve a 12-year sentence.

Mr. Santos, however, a man with a master's degree in psychology and a professional corrections officer at the same prison, sees what the young man needs more than anything. He views in Rick the need for bondage and spanking, and he has it in his mind that he will grant this new inmate his deepest most intimate desires.

The guilt Rick feels at leaving his girlfriend is only worsened by the fact that he can no longer help her pay her bills. And now he has to contend with not getting his own sexual needs met either. But when Mr. Santos gets hold of Rick, a sweeping bondage and discipline romance between two men begins to flourish as Rick journeys through the dark corridors of gay bondage and discipline.

At some point, he starts to question his very sanity as he longs for even tighter, more restrictive bondage positions that will leave him both breathless and perhaps a little insane. And Mr. Santos is all too eager to please. But just how far will these hot men go in their bondage encounters before Rick goes mad? Find out in Prisoner.

What listeners say about Prisoner