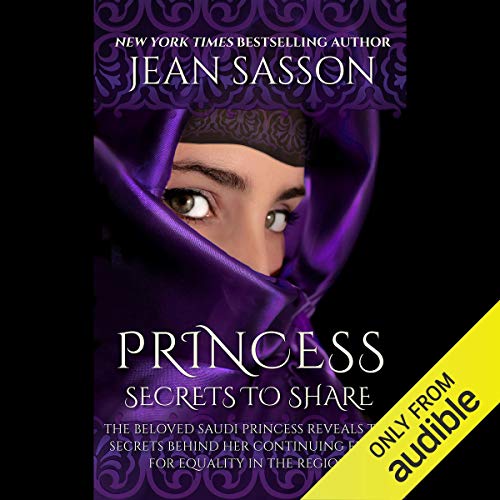 As the world's attention traces the reluctant social advances in the Middle East, Princess Sultana and her female friends and family have stepped forward to rescue young women in the region who are cruelly mistreated by their husbands, their fathers, and the brutish ISIS soldiers who kidnap them. But inside the Princess' lavish Saudi Arabian palace, sparks of anger and bolts of fear crackle because of the secrets kept to forward her efforts to help women and children.

Kareem is furious when Sultana guards Maha's secret to volunteer to help traumatized children at a refugee camp in Turkey. When a beautiful Yemeni woman visits the royal palaces of Saudi Arabia, Sultana is saddened yet mesmerized to be told the story of the woman's seven marriages. Meanwhile, Kareem’s father takes a new wife - and Princess Sultana is blamed.

good read. thoroughly enjoyed it. would recommend to others. well written and easy to follow.

As always when finishing a series one feels sad and lost when thinking where to go from here. This last book was as good as the preceding 3 and fits right in. In truth reading these one can enjoy the continuity of not only the tone and stories but the narrator as well (something to always be grateful for).

okay but not as good as the others in series

This book is a continuation of "The Princess" book story, the latest at the moment, as far as I know. Great insights into Saudi Arabian life, as usual, especially if you are interested in women's life and fight for women's rights.