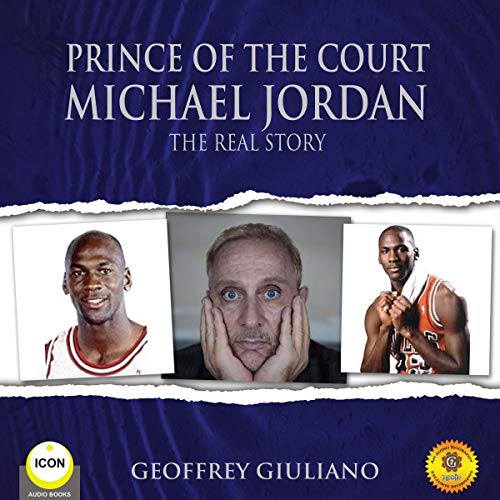 Prince of the Court Michael Jordan - The Real Story

"I've failed over and over and over again in my life, and that is why I succeed. Talent wins games, but teamwork and intelligence wins championships. I can accept failure; everyone fails at something. But I can't accept not trying." (Michael Jordan)

Michael Jeffrey Jordan, born February 17, 1963, is THE greatest American professional basketball player of all time. Jordan was one of the most effectively marketed athletes of his generation and was considered instrumental in popularizing the NBA around the world in the 1980s and 1990s. He holds records for the highest career regular season scoring average and highest career playoff scoring average. In 1999, he was named the greatest North American athlete of the 20th century by ESPN. This unique one-of-a-kind audiobook is a must for all true sports fans, popular historians, casual listeners, curious commuters, and all school and university systems.