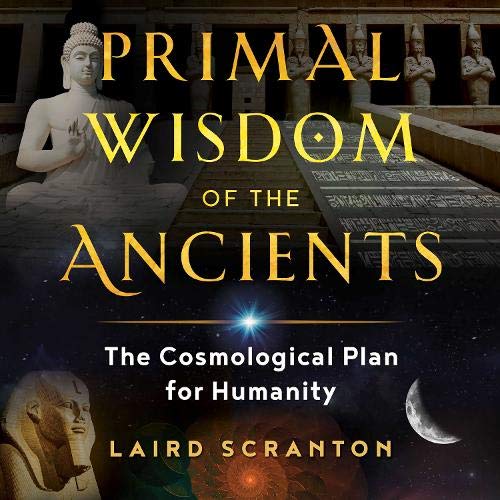 Primal Wisdom of the Ancients

Examines how the similarities of symbols and wisdom across many cultures point to an ancient civilizing plan and system of ancient instruction.

Exploring the mystery of why so many ancient cultures, separated by time and distance, share remarkably similar cosmological philosophies and religious symbolism, Laird Scranton reveals how this shared creation tradition upholds the idea that ancient instruction gave birth to the great civilizations, each of which preserves fragments of the original knowledge.

Looking at the many manifestations of this shared cosmological knowledge, including in the Dogon and Maori cultures and in ancient Egypt, Gobekli Tepe, Vedic India, Buddhism, the Tibetan Bon religion, and the kabbalistic tradition of the Hebrews, Scranton explores the thought processes that went into formulating the archetype themes and metaphors of the ancient symbolic system. He examines how commonly shared principles of creational science are reflected in key terms of the ancient languages. He discusses how the primal cosmology also transmitted key components of sacred science, such as sacred geometry, knowledge of material creation, and the nature of a nonmaterial universe - evidence for which lies in the orientation of ancient temples, the drama of initiations and rituals, and countless traditional myths. He analyzes how this shared knowledge relates to the precessional year and the cycles of time known as the yugas. He also explores evidence of the concept of a nonmaterial twin universe to our own - the “above” to our “below” in the famous alchemical and hermetic maxim.

Through his extensive research into the interconnected wisdom of the ancients, Scranton shows that the forgotten instructional tradition at the source of this knowledge was deliberately encoded to survive for countless generations. By piecing it back together, we can discover the ancient plan for guiding humanity forward toward greater enlightenment.

“An engrossing and informative book, Primal Wisdom of the Ancients puts the reader in front of a coruscating kaleidoscope of context with the turn of each page. Rather than research more evidence for cultural diffusion, Laird Scranton takes a refreshing approach from his already opulent opus and successfully amalgamates the purpose underlying the patterns and principles perpetuated by the primordial tradition. This book is not only a valuable contribution to the study of comparative cosmology but also serves as an initiation into the greater mysteries of the esoteric tradition. The only ritual required for the initiate to perform is to read it!” (Anyextee, esoteric researcher, documentary filmmaker, and founder of Adapt Expeditions)

What listeners say about Primal Wisdom of the Ancients

Not what I wanted

I expected something useful. This is nothing more that history, think ancient aliens. The words “plan for humanity” implies something useful in spirituality and human evolution. On this account, very disappointing. Although, had I been looking for this info, the lack of pdf is criminal. Buy the book in paper! As for the reader, zero stars. He down talks with a moan after every single point making his personal tick not only incredibly annoying, but difficult to follow. I will NEVER buy another book narrated by him.