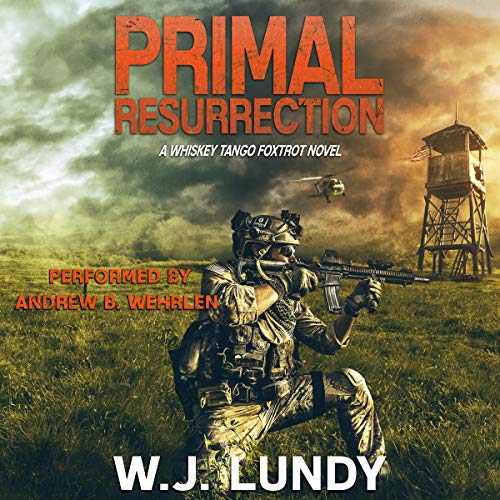 By: W. J. Lundy
Narrated by: Andrew B. Wehrlen
Free with 30-day trial

Two years after the fall, America’s survivors have found a balance with the infected herds. What remains of the human race now lives behind walls in sheltered communities, while the Primals take their role as the apex predators owning the night.

The competition for survival has depleted the hunting grounds, and the sounds of battle are drawing the infected out of the cities.

A war as old as the ages, the fight for resources, and control of everything that’s left has begun. Once again, Brad finds himself caught in the middle as the sparks of a civil war turn into an awakening of the Primal hordes.

The Primal resurrection has begun.

What listeners say about Primal Resurrection

the series has jumped the shark

I truly injoyed the series but now I lost alot of my vigor to go any more has you kept throwing new plot arcs threw the novel and not going into tge life's of side chacthers has mugb has you did in early novel in the series.

This is an amazing series.

The backstories are becoming clearer for every character and are fascinating.

Andrew Wehrlen is one of the best narrators!

It seems like the next WTF books can't get here fast enough! Great story by the author. Keep em comin!

W.J. Lundy has done it again. The story is amazing and Andrew does an excellent job with his narration, as always. I can't wait for WTF 9

Awesome, the best in the genre in my opinion. Please keep them coming, also more in the “Shadows” series would be cool.

I have really enjoyed this series and have listened to all the books at least three times and now book 8. hopefully Mr. Lundy keeps the series going if he does I'll keep buying them. Performance is good but I do miss Eric Vincent he capture Chief Rogers exac9the way picture an old crusty Master Chief!

A gripping, exciting read, hold on for a wild ride as the Brad and his brothers in arms face a horde of Primals not seen since the fall. I received this book in exchange for my honest review.

Another welcome addition to this great series. Plenty of action, never a dull moment. Narration is excellent.