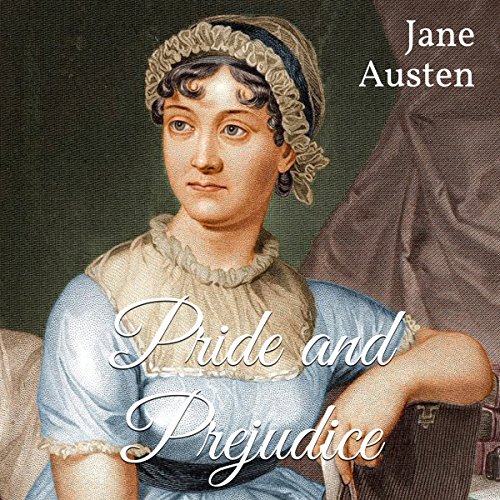 Pride and Prejudice is a novel of manners by Jane Austen, first published in 1813. The story follows the main character, Elizabeth Bennet, as she deals with issues of manners, upbringing, morality, education, and marriage in the society of the landed gentry of the British Regency. Elizabeth is the second of five daughters of a country gentleman living near the fictional town of Meryton in Hertfordshire, near London.

Set in England in the early 19th century, Pride and Prejudice tells the story of Mr. and Mrs. Bennet's five unmarried daughters after the rich and eligible Mr. Bingley and his status-conscious friend, Mr Darcy, have moved into their neighborhood. While Bingley takes an immediate liking to the eldest Bennet daughter, Jane, Darcy has difficulty adapting to local society and repeatedly clashes with the second-eldest Bennet daughter, Elizabeth.

Pride and Prejudice retains a fascination for modern audiences, continuing near the top of lists of most-loved books. It has become one of the most popular novels in English literature, selling over 20 million copies, and receives considerable attention from literary scholars. Modern interest in the book has resulted in a number of dramatic adaptations and an abundance of novels and stories imitating Austen's memorable characters or themes.

What listeners say about Pride and Prejudice

Listeners should be aware that this version has been taken from a free public domain recording that was never intended to be sold. It is available at Librivox . org for free. The publishers have taken it from that site and had no part in its production. I recorded it for LibriVox, not for Audible. Elizabeth Klett

A delightful rendition of a classic

I would definitely recommend this version narrated by Elizabeth Klett. Since there are many narrators who do these classics, I think it's highly important to love the voice telling the story.The sisters come alive with Elizabeth's voice, and so do the other characters in a way you can tell them apart. The narrator is able to do many different voices without making them sound like "caricatures" which I appreciate.

The interplay and flirtation between Darcy and Elizabeth Bennett, Mr. Darcy's slow and troubling realization that he had feelings for Elizabeth, and the social commentary of those days.

Which character – as performed by Elizabeth Klett – was your favorite?

Elizabeth Bennett, but all of them were well done. Elizabeth was the most sensible, and a foil to some of the more silly ones who were man crazy.

The entire Wickham affair was quite tongue in cheek, as well as the social climbing of some of the minor characters. That part where the younger sisters thought Wickham was such a celebrity was hilarious.

With audiobooks, you have to be comfortable with listening to a narrator for many hours, so voice is very important. I enjoyed Elizabeth Klett's narration.