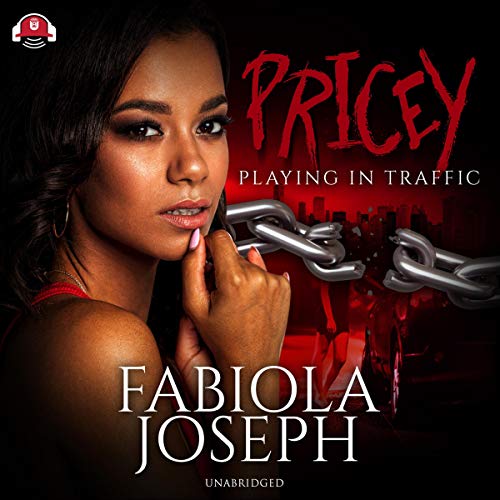 There are more than 30 million slaves in the world today. Eighty percent are female, and half are children. This is Billie and Carmine's story.

Deceived into leaving Haiti and Cuba by Mr. and Mrs. Vega, Billie and Carmine are confronted with a harsh reality once on American soil. The teens realize they are sex workers for the Pricey Pussy Empire, and the couple who lured them to the US actually run their own division for the underground flesh-for-sale operation. Billie and Carmine will suffer through human indecency, cruel punishment, and sexual assault in hopes of breaking the chains of captivity.

When Billie is sold by the bitter wife of the man who slips into her bed at night, the twosome is faced with a huge dilemma. Will Billie be swept away in the dark of night by her new buyer, or will Carmine step in and help her with a plan that will win their freedom? But, what is freedom to the souls who continue to play in traffic?

Choices must be made, and those decisions may deal the priciest blows to their young lives. There is an expensive price tag attached to vengeance, and once it is theirs, they may just end up paying with their souls.

What does it take to survive in the world of human trafficking? A warrior's heart, a hunger for blood and revenge, and pure insanity. Witness the evolution of Billie Blue Blondie and Carmine Pallazolo.

What listeners say about Pricey

this book is a hard listen because the reality is this happens every single day. there are sick people out there, and unless the victim is strong they may become the abuser! 😢

Billy and Carmine have been to Hell and Back. The book started off breaking my heart. The kids had to grow up so quickly. I did not like the end. There must be a part two. I hope there is. I must say human trafficking is still so real and sad.

The first few chapters of the book made me want to stop listening but something kept pulling me back in. The things in the book I could only imagine how it is in real life. The ending made it so much clear to me! The author did a phenomenal job 2 thumbs up!

Mishi you did your thing I love it it's Real life

I Ran thru this book ilove it I'm reading additional books by you now .