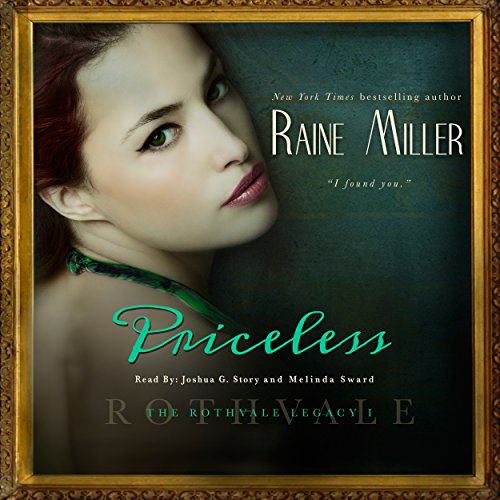 Ivan Everley, 13th baron of Rothvale, would admit he's the last person on Earth who should have custody over a priceless collection of art. British law affords him the title of lord, but underneath all the trappings he's just a regular guy, despite being a world champion in archery, and certain...proclivities of a private nature. But Ivan's public celebrity is merely a sham - a carefully guarded secret borne out of the pain of betrayal. Even his cousin, Ethan Blackstone, doesn't know the truth behind the man he considers a brother.

Lord Rothvale has a plethora of problems piled up to his aristocratic eyeballs, but that doesn't stop him from complicating his world further when a beautiful art conservationist shows up to appraise his inherited collection of paintings. Once Ivan gets a taste of Gabrielle Hargreave, mistaken identity or not, he can't think of anything but how good the green-eyed beauty felt in his arms.

The chase is on, and Ivan's dominant side isn't taking no for an answer - yet Gabrielle might just teach our discontented lord a thing or two about life and about himself and help them both discover the undeniable truth in what it means to find something genuinely priceless.

Not sure on this one, loved the Blackstone series, but this is so much less. I don't like the narrator's, the flow is missing and the voices come over as false.

where's the next book!

the narrators were wonderful...I love a British accent. friend and cousin of Ethan and Brynn Blackstone meet, misunderstand, meet, fight, meet and finally connection. Ivan and Gabrielle both have something in their past, just like Ethan and Brynn that they must over come...but what is it? Where's next two books of the series and why aren't they in Audio?
Frustrating! there is another Blackstone book and audio coming out..please do the rest of this series too! please!

I read the book last September, so listening to the audiobook refreshed my memory in preparation for the release of The Lord.

This is a very short story - only 4 hours and 57 minutes - so it seems rather rushed. Maybe more in this format as opposed to reading it. My main issue was with the narration. Neither narrator - Joshua Story or Harper Jeanne Wilson - offered much skill. Both were rather uninspired in their performances and I noticed several mispronunciations offered by Mr. Story. They both came across as robotic readers rather than artists performing the story. Too bad, really.

For all that is wholey please change Joshua

Would you listen to Priceless again? Why?

No Im going to read it - I have listened & read all the Blackstone series and rank them as the best however Joshua Story voice misses the mark as Ivan - his voice doesn't hold the strength and aristocratic (my word) tone. Please change him for the next one!

What didn’t you like about Joshua Story and Harper Jeanne Wilson ’s performance?

Seriously I wanted to rip my ears off listening to the "god awful" voice of Joshua - Im sorry just poorly cast. Harper's rendition was good just a little soft some times.

I love a great enemies to lovers story in the romance genre. This book probably has one of the best written build-ups to the animosity of the heroine towards the hero that I’ve read. I loved that. I expected the nail-biting sexual tension to explode into irresistible capitulation. Here, however, all that tension didn't quite explode the way I hoped but it was still good. There's a chance explosiveness happens in part 2 of the story. At the time of this review, however, book two MY LORD is not available on Audible. That second book might be awesome, but I have to wait until it's made available to find out.

The narrators are good, and I would look forward to hearing them narrate the next instalment if it were available. Hint, hint, Audible.

If you could sum up Priceless in three words, what would they be?

As always another great book from the Blackstone series, Ivan is Ethan Blackstones cousin and this short but hot story is about the romance that blossoms between Ivan and Gabriel,narrated by Joshua Story and Harper Jean Wilson who both did a terrific job of giving these two characters a personality and a voice I cannot wait for the next installment in this series.

not the full story

This is a 4 hour book. Glad I didn't buy it. Narration was really great.

Where oh where is book 2

I enjoyed the chase & near misses greatly. Lovely narration. Can’t wait to see where the next bit goes

I am so sick of these books that cut off in the middle of the story. It's not really a cliffhanger. With this book it was like the middle of a paragraph. It is a cheap trick to get a reader hooked on a story enough to end up paying triple the cost for a drawn out story that would normally be one book. Well this story is not worth it. And I will no longer buy books form this author.

Great can't wait for the next book very interestin

This book was as expected, Wonderful! Raine Miller writes incredibly well and I have loved everything I have read from her.
The narrators did a beautiful job! They were both pleasant to listen to.