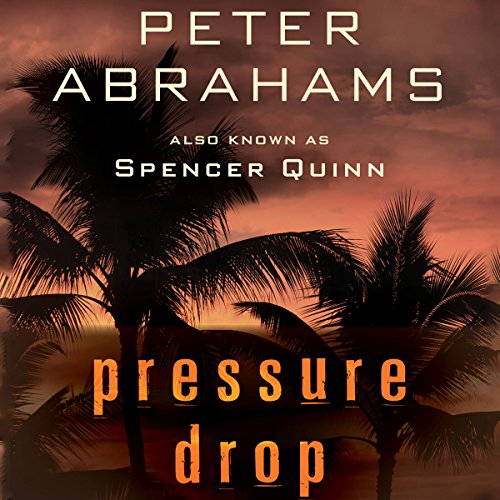 A thrilling adventure set in the world of underwater diving from acclaimed suspense novelist Peter Abrahams, aka Spencer Quinn, author of the Chet and Bernie Mysteries.

Deciding on her 39th birthday that a baby is the best present she could give herself, single Manhattan public relations executive Nina Kitchener makes an appointment to undergo artificial insemination at the Human Fertility Institute. Nine months later the nightmare begins. Just hours after she gives birth, someone kidnaps her infant son from the nursery. The police aren't helping, the fertility institute has shut down, and Nina believes that the only way to find her baby is to learn the identity of the sperm donor.

Nina's hunt for answers leads her to the Bahamas and the rich, reclusive Standish family, who funded the institute. But Nina isn't the only one investigating them. Joining forces with divorced ex-Navy SEAL and deep-sea diver Nate Matthias, Nina is unprepared for the horrors they uncover. A long-buried secret that dates back to Nazi survivors of World War II is still deadly enough to threaten Nina's life, her baby's, and that of the mysterious man who's protecting her.

What listeners say about Pressure Drop

A Classic - It Holds Up Well

This was published in 1989, but it holds up well. There's very little to date it to that era. It's a great suspense story, and I enjoyed it very much!

So interesting and engaging!

It was hard to stop reading this book. It is more serious and informative than Chet and Bernie but has the same quality of pulling you in to the story. The characters are well-developed and the plot has so many interesting twists and turns. There are surprises right up until the end.

Once I got into this book, I couldn’t stop listening. Lots of details and characters...enough to keep you listening and wondering what will be reviled in the next chapter. Two stories that come together with loads of excitement!

The entire book was captivating from start to finish.kept my interest the whole time.I listen/read fiction for escapism and pleasure and in my opinion the main characters have to have a happy ending and this book did.well done and thank you.