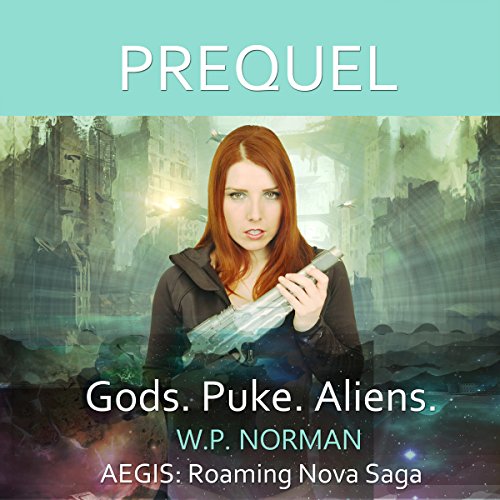 "A sci-fi comedy space opera that will leave you breathless." - USA Yesterday News

"Prequel is impossible to put down," says one of the author's bribed friends.

Supreme Prime Minister of Peace Petra is having a good day.

A delightful tryst with her accountant, a spy liquidated, and a prophesy reaching fruition...all in one refreshing morning.

Disgusting, filthy aliens have invaded Synthra, and Petra, as incredibly gorgeous as she is smart, plans to use them to seize power on Synthra and crown herself queen.

The alien who calls himself Commander Video, to Petra's surprise, looks like one of Synthra's mythological gods. Except for the spandex shorts.

He claims to be a Neophyte from another galaxy and on a mission to bring love, peace, and video content exchange to Synthra. A clever ploy to get Synthra to drop its defenses.

But Petra will not be fooled by the alien's sordid lies or be taken in by his repulsive, lickable alien lips and bulging biceps and hot sweaty thorax.

All that matters is her domination complete.

What listeners say about Prequel