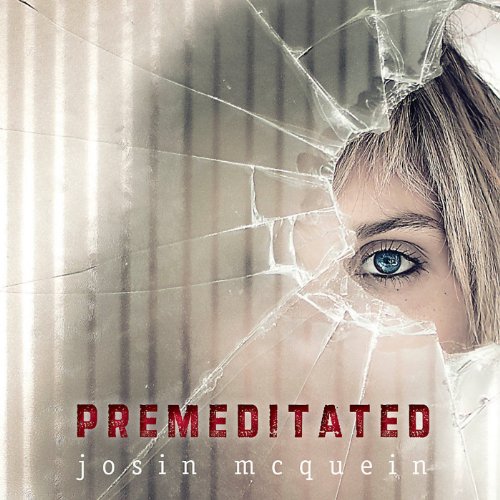 A week ago, Dinah’s cousin Claire cut her wrists.

Five days ago, Dinah found Claire’s diary and discovered why.

Three days ago, Dinah stopped crying and came up with a plan.

Two days ago, she ditched her piercings and bleached the black dye from her hair.

By tomorrow, he’ll wish he were dead.

What listeners say about Premeditated

Good story, too bad it was predictable...

Where does Premeditated rank among all the audiobooks you’ve listened to so far?

Not my favorite but it's still a good story. The narrator did a good job, even though I hated the way she said her name (Di-nuh). She did pull off the MC's sarcastic and witty attitude though.

What was one of the most memorable moments of Premeditated?

The slow buildup between Dinah and Brooks and the way Dinah was determined to hate him even though she was obviously falling for him.

I listened to this in a few sittings. It wasn't that long and it was easy to get into.

“While seeking revenge, dig two graves-one for yourself.” -Douglas Horton

I’ve been drooling over this books since the cover was released. I’m pretty sure that was in 2012! I liked the cover and I LOVED the premise of the book. I’m fascinated with the concept of revenge, especially when it’s all blurred up and mixed in with attraction and a whole lot of hate. Or hate and a whole lot of attraction. Either one works for me. Too bad that a) this cover was released so early and b) Random House has no idea I exist because by the time the book actually came out a year later, I had forgotten all about it. Luckily, I’ve gotten really into audiobooks lately and I somehow came across this one.
After Dinah’s cousin Clare tries to commit suicide and ends up in a coma, Dinah finds her diary and finds out that her cousin did it because of a boy who did something terrible to her. View Spoiler » Dinah is of course filled with rage and thoughts of revenge and vindication on behalf of her cousin. She convinces her dad to let her stay with Claire’s parents because she wants to be there when Claire wakes up. This isn’t the only reason. While going through Claire’s diary, she finds the name of the guy responsible for making Claire feel like suicide was her only option: Brooks Walden. She decides to enroll in Claire’s prep school, get a makeover, befriend Brooks Walden and make him pay!

She meets people who she isn’t sure if they are her friends or enemies. Excerpt for Brooks, as expected, she hates him on site. Even if he is hot. For her plan to work, she has to get close to Brooks and she has to get him to trust her. But the more time they spend together, Dinah’s feelings for him are all sorts of conflicted. She hates him for what he did to her cousin and she still wants to make him pay, but she also can’t help her feelings for him and can’t believe he hurt her cousin. So, she goes on with the plan. It made me cringe some of the things that she and her friends did to Brooks. I know that this put off some readers, but I didn’t have a problem with it. I knew this was a revenge book and let’s face it, revenge is never pretty. Also, if something like this happened to someone I care about, you better believe that switching his college appointments or trying to get him arrested for shoplifting would be the least of his worries. I knew shit was gonna hit the fan soon on both their ends and I was nervous/scared/excited for it to finally happen!

My one big issue with this book was that the outcome was very predictable. But, I enjoyed the story so much that it didn’t bother me that much. I wish the ending wasn’t so easy to figure out but the revenge stuff and Dinah and Brooks slow building relationship made up for it (for me). This was a book with a darker tone and I think the author handled it beautifully. And she did manage to shock me with something I was NOT expecting which was sad. View Spoiler » I loved Dinah’s character! She was sarcastic and she was realistic. She didn’t have a solid revenge plan and kind of figured out most of it along the way. I loved her determination to make this guy pay and some of her lines plain out gave me the chills because they were so perfect and creepy!

This was a really good audiobook that I ended up breezing through in a short time. I thought the girl that did Dinah’s voice did an amazing job at capturing the hurt/angry/confused feelings. My only issue was that she said Dinah ‘Di-nuh’ which I though sounded weird since in my head I though it was pronounced ‘Deenah’. I also really liked that the romance wasn’t the big focus of the book. It was there and I was a fan of it, but the main story was all about Dinah. Premeditated was an emotional and story that I would recommend, whether you read the book or listen to the audiobook. If you like your characters squeaky clean, this may not be for you. If you like realistic characters that makes mistakes, then it will be hard to not like Dinah.

Hey that Josin McQuien is a good little writer!

Is it morbid to say the funeral scene was my favorite? Sorry, it was. CRAZY!

I really liked the ending. A new start for all. But I would have loved a follow up to know what happens to everyone.

I really liked this book. You had a bad ass heroine with a serious score to settle. But her journey is so hard to watch at times. Especially since we know more than she does. And that is a problem. We know where this story goes far too soon. We're just waiting for Dinah to figure it out. And I just love Jessica Almasy. I say that a lot. All in all, great work!

I couldn't finish this. The main character was juat irriating and the story seemed to drag.

I didn't get too far in this story because the reader has such an annoying voice, I suspect a false tone to go with the character.

The basis of the tale is probably quite good but the delivery is awful to my ear. The first person reading where she constantly repeats the names of her classmates as they introduced themselves (Abigail not Abby for example) drove me to switch off before the tale really got going.