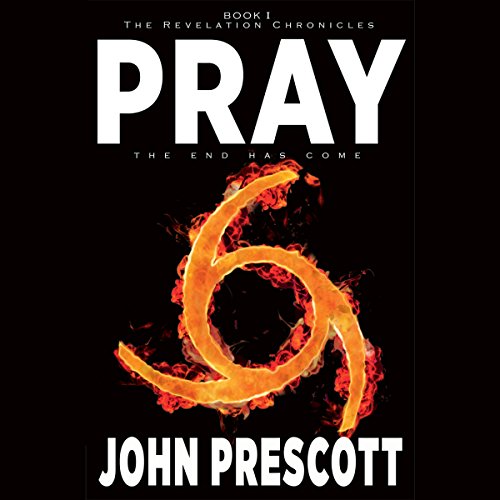 The year is 2016, and America is no more. The United States, Canada, and Mexico now comprise a single, unified front to the world: the North American Union. Implanted ID chips are soon to become mandatory for every citizen of the NAU, and Trez Sleighton, a disgruntled ex-Army officer, takes to the mountains of Colorado to come to terms with the changing world-and his own hand in the whole mess.

Then sounds the trumpet.

Around the planet, people simply disappear.

In their wake, monsters of legend suddenly roam free to terrorize those who have been left behind. The legendary Nephilim, half-angels who struggle with their own demons, walk the earth in both darkness and light. The world's most beloved celebrity, movie star Samouel Gallo, comes forward to make a long-awaited announcement that might mean world peace-or world damnation.

Meanwhile, a handful of the remaining citizens of the NAU feel the call to go west. Stricken by the loss of their loved ones, alienated by the inhumanity that has consumed their cities, these select few are moved by an inexplicable impulse to converge on a small town tucked away in the Rocky Mountains... a town most of them have never even heard about. As their paths turn toward Shaleford, CO, where Trez is struggling to understand an apocalyptic truth, the rest of the world waits to hear what tidings Samouel Gallo will bring. Is he the man of legend-a Bringer of Peace? Is he the archenemy of old? Is he... the Antichrist?

Open the pages of Pray and journey with those who set out to fight for their salvation as the world races to its horrific conclusion.

The Book of Revelation just got scarier.

What listeners say about Pray

The Adult Version of Left Behind

John has put out a very good piece of work here. I would not say it was better than Left Behind, but it is at least as good. It has a darker feel and seems to me to be written for adults. I enjoyed this from start to finish and would recommend it to anyone that likes works relating to the Book of Revelations.

I think John has taken several liberties with the Biblical writings and attempts to explain it away through one small passage. In the book there are werwolves, and vampires that hunt God's people. Werewolves and Vampires were never mentioned in the Bible. John takes the position that God had instructed the writer not to record some of what he saw, and it was during this time that the writer observed the monsters. John took a huge leap with the Worlds church. The leader was taken from the priests in the Vatican. The anti christ then turns this priest into a Vampire. This vampire and many others have to feed all of the time during the book. The evil is shone to be present during this portion of the rapture. The Bible states that there will be no outward sign of the evil until after the anti christ has risen from the dead. That is the second really good thing about the book, it leaves room for speculation and debate.

What did you love best about Pray?

the storyline, the characters. the reader really sold this book, he made it exciting

He is an excellent reader, so dramatic. you really visualized what he was reading

can't wait for the second book

Where does Pray rank among all the audiobooks you’ve listened to so far?

Someone described this book as "Left Behind meets Steven King's The Stand". I couldn't have described it better. It's been a while since I enjoyed getting lost in a book.

Have you listened to any of Wayne June’s other performances before? How does this one compare?

This is the first time I've heard Wayne June narrate. For me, the reader makes or breaks a book, and I've returned many good books because I didn't like the narrator. Wayne June's performance was superb. I hope more publishers of audio books will use his services. He definitely goes on my search list for new books. Would love to hear him perform some of my favorite books like the Game of Throne series.

Surprised at times by some of the language. Overall enjoyed the story line and the characters portrayed by the orator.

Where does Pray rank among all the audiobooks you’ve listened to so far?

I liked a few of them but Voices and the Nephilim, These characters add a little bit of twist compared to left behind

At first i didn't like his style but after getting through the first few chapters i think Wayne really got into the book and did a good job with the character's voices and the added effects really made the story come alive.

Who was the most memorable character of Pray and why?

The archangel and Nettie

If you liked Left Behind and Stephenking you will like this book, The Author did his research and added some of his own interpretations to keep Pray from sounding like a left behind clone. There is not alot of scripture being read or quoted so the reader has to keep that in mind about this book. . This is an Inspirational series so i don't expect it to be so literal but i like the Author's vision and I can't wait for the next book

If you could sum up Pray in three words, what would they be?

i actually liked all of them

from the darkest corners of your minds, the doors have been flung open .. now they are coming for you

when is part two coming out

Would you consider the audio edition of Pray to be better than the print version?

An awesomely great listen. This is a different take on who and what is going to be left, vampires, and werewolves? Well, why not! The beasts in the pit are beyond imagination anyway. I can't wait to listen to "Hell." Please hurry!

A STORY THAT NEEDS TO BE TOLD

What made the experience of listening to Pray the most enjoyable?

THIS WAS MY FIRST AUDIBLE BOOK AND I WAS SOOO PLEASED WITH IT. IT WAS ABSOLUTELY AWESOME, THE NARRATING BY WAYNE JUDE WAS TOTALLY HILARIOUS, AND ALSO HAD ME ON THE EDGE OF MY SEAT, I LOVED IT.

What was one of the most memorable moments of Pray?

WHEN MICHAEL AND THE WEREWOLF FAUGHT. IT WAS WRITTEN SO AWESOME.

WHEN NETTIE PUNCHED THE GUY IN THE GROCERY STORE.

YES IT KEPT ME WANTING MORE AND MORE.

This is book one of a 3 book series. "Hell" being the second book. Unfortunately Audible doesn't have it :( the first book you're introduced to the characters and relationships are formed. I am very familiar with the book of Revelation in the bible and have to say the author did an excellent job creating a story that could absolutely be plausible in our world today. This of course is part of what makes it so frightening.

Would you consider the audio edition of Pray to be better than the print version?

Wayne June is awesome! He had the right voice for this book. It was a good book with the right man to read it.

Have you listened to any of Wayne June’s other performances before? How does this one compare?

No, But I hope he will do more of this type of book

The only problem I had with this book is the cursing of Christians. I know that people curse and I really liked this book especially with salvation in it but I could have done with less cursing

What disappointed you about Pray?

I confess to having an interest in this genre but I don't want to commit to buy the 10+ books series that you so often see. I wanted a complete story in one book. I expect these stories to come from those with a religious rather than literary background but I thin I am right to expect some standard. The story (part from the Apocalyptic progression) is so very poor. An actor goes on TV with world leaders and announces he will take over the world governments and everyone is OK with this - no opposition! Ridiculous when 'werewolves' start to become part of the revelation story. And the writing ... ' ...the military drilled into the mountain like Tolkien dwarves..' really? I really struggled through about 7 of the 14 (or so) hours of this story but when the character of Miss Netty was introduced, I could;t continue. Absolutely appalling on so many levels.

What could John Prescott have done to make this a more enjoyable book for you?

There's just too much nonsense in the book to sustain it. The author should really cut unnecessary sensationalism by about 30%.

Would you be willing to try another one of Wayne June’s performances?

No, the performance is almost as bad as the writing. Very limited and stereotypical.

What character would you cut from Pray?

I would cut Miss Netty - the 'uncle Tom' stereotypical black woman from New Orleans, from the book. I would like to think we have moved on from there.

One of the worst books I have listened to.