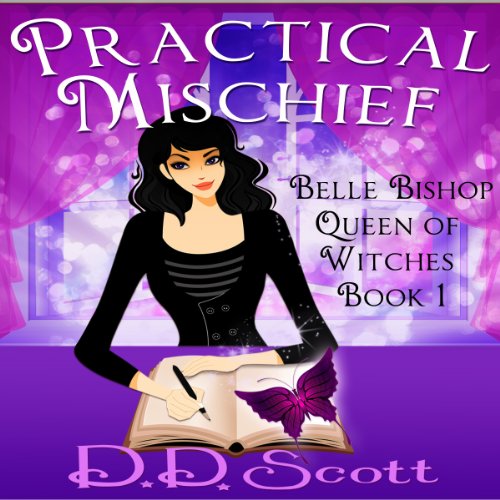 Belle Bishop, Queen of Witches, is a good witch. Her sister Angelica? Not so much. Belle rules her witchery kingdom using the ancient Wiccan Rede - An' it harm none, do what thy will,' while Angelica runs amuck, casting one mischievous spell after another. But this time, Angelica has gone too far.

It's up to Belle and her former best friend, Atlas, the greatest wizard the earth has ever known, to save Belle's niece, Gia, from Angelica's magical mischief. If they don't, Gia will end up in The Summerland just like her mother did the last time one of Angelica's spells went awry.

Luckily, or unluckily, depending on how you look at it, Belle and Atlas have a little help from Atlas's sons, who are every bit The Three Stooges, as well as an ornery faery named Tinker Hell, and a deck of Tarot Cards waiting for someone to deal their destiny.

What listeners say about Practical Mischief