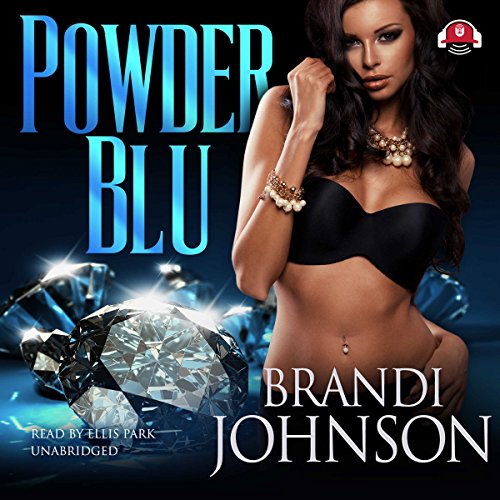 What do you do when you have to choose between true love and the love of money? Blu thinks she knows all there is to know about the dope game. She's watched her momma serve out of the same place they lay their heads since she was a little girl. Then her brother's best friend, Budz, steps up and shows her that there is more to the game than just selling drugs.

With love, loyalty, and wealth on her side, what more could she want? Blu quickly finds out when she is introduced to Black, a mysterious, sexy Trinidadian, who is every girl's dream. Blu is determined to make him her reality.

Torn between two men who have secrets and motives of their own, Blu has no idea what she's gotten herself into, but she knows there is only one way out.

What listeners say about Powder Blu

This book was a great read it was exciting from being to the end. Only complaint I didn’t like the narrator the first half of the book. I felt as though he was reading to fast & not pausing after sentences. However it got better in the middle until the end of the book.

Is there a 2nd book

This was awesome! I am looking for another installment from this book! I loved it!

The story kept me interested, however there were times I didn’t know if I could make it through. There was no sustenance to any of the characters. It was just hood people, doing hood things in the hood. Blu had no respect for herself and no one really care about the other person. There was no lesson to be learned or anything. It’s just a story to keep you entertained.

This book hadda alotta twists & turns! It kept my attention in almost every chApter.

Honestly that had to be the biggest waste of time of any book I've ever read. No HEA and total cliffhanger with NO desire to find a sequel. Cheating, cheating everywhere. Horrible!!

I loved this book...It you want to experience twist and turns this is the book for you!!! The narrator sounds like Tupac when he played in Juice! This book will no disappoint!!!

Narrator is always on point...........this it. The story is the typical urban drug book.